David Silverstone, the brother of Clueless actress Alicia Silverstone has been arrested for growing weed!

Silverstone was in one f two properties  in Redwood Valley, California, that were raided over growing *********. He has been charged with two felony counts of cultivating and processing ********* and possession of the drug for sale, reports say.

In the second property Bowe Bergdahl was found along with 181 ********* plants, Bowe is an Army sergeant who deserted and was held prisoner by the Taliban.

43-year-old Silverstone was arrested by the Mendocino Major Crimes Task Force. His bail was set at $25,000.
There is no exact indication of what’s the relationship like between the siblings but in the past they seem close, they both were pictured  together at red carpet events for Alicia’s career.
At the time he seemed very supportive of his younger sister, they even presented an award in 2005

at the Environmental Media Awards in Los Angeles. 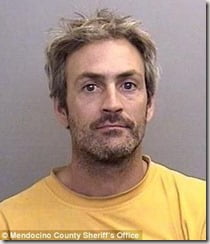 David is the first child of British parents: Didi –a former Pan am flight attendant and –real state agent Monty Silverstone. His parents currently live in Southern California and told the Daily Mail, they knew nothing about his son and *********. 82-year-old Monty told media:

David’s sister began modeling at age 6 and eventually was cast in TV commercials. On the other hand, David attended Richmond College and San Francisco State University according to online records. He works for “Red Dragon Farm” and in the past at Greening Development and Consulting.

According to a Facebook page under “Silver Dragon Farm” it says it started in 2007. The description reads:

Biodynamic off the grid ridgetop farm in timber land at 2300 feet above sea level aproximately 40 miles from the pacific ocean and 5 miles from mt. sanhedrin. specializing in biodynamically grown specialty fruits, flowers, herbs, and nuts.