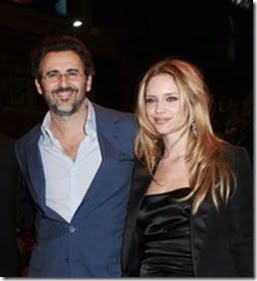 Meet David Mimran, he is a 46-year-old Swiss-French businessman involved in finance, music and film, he is also married to drop dead gorgeous Swiss model turned actress Julie Ordon. Although a few years apart, seventeen to be exact they truly are quite the power couple.

Julie on one side, was born in Geneva, Switzerland and is the youngest child in a family of four girls. She started modeling at age of 4 and won a model contest at the age of 15 which took her to Paris and New York. Julie has graced the pages of numerous editions and covers for Vogue, Elle, Glamour, and Cosmopolitan. She has also been the face of Chanel, Guess, Bebe, Ralph Lauren and Biotherm, working with noted photographers. Her success in the modeling world appearing in Victoria Secret catalogs and on the 2010 Sports Illustrated Swimwear Issue has granted her access to the film industy. She has appeared in films such as Novela, A Sight For Sore Eyes, Point & Shoot, Flashbacks of a Fool, and Catwalk. And a little help from millionaire hubby doesn’t hurt.

David is an investor-turned-movie producer and was previously married to wife Lucy. They divorced back in 2009. David J. Mimran is the CEO of the Mimran Group which is a food processing, grain trading, banking, sugar importing, and shipping conglomerate group. 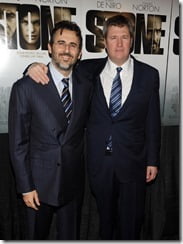 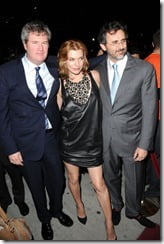 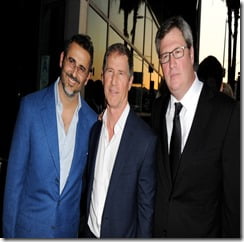 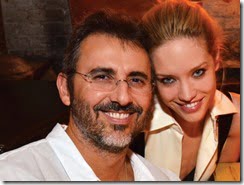 The couple has one daughter together, a girl named Mathilda, born in Geneva on August 9, 2009. So you could ask what could be wrong with their perfect life? Well lawsuits, the nightmare of any billionaire. According to publications David and model wife are being sued over not paying the rent of their luxurious Soho place, on top of that the landlord alleges they not only failed to pay several months of rent but also trashed the place! So, are you behind with your rent? It happens to millionaires too.

You can find Julie on twitter here. So far no comments from any of them have been made.