Have you met Angelique Mayhew? She is the lovely wife of British actor Peter Mayhew,  famously known around the world for his role as Chewbacca in the Star Wars movie series. He was weeks shy from his 75th birthday when he died on April 30, 2019.

The family of Peter Mayhew, with deep love and sadness, regrets to share the news that Peter has passed away. He left us the evening of April 30, 2019 with his family by his side in his North Texas home.

Peter established the Peter Mayhew Foundation; supporting everything from individuals and families in crisis situations to food and supplies for children of Venezuela during their recent road to freedom. He not only provided funds but became personally involved with each individual, family and cause he supported.

As he grew older he continued to “soldier on” as he put it and was completely in his element around his fans and supporters. He grew great strength from the energy of his family, friends and the fans he knew and loved.

He leaves behind his wife Angie and three children. His kindness, generosity and care will live on in the Peter Mayhew Foundation with Angie taking the helm as his voice.

For additional information, information on the memorials or to offer condolences email [email protected]

Rather than gifts and flowers the family asks that you consider donating to the foundation; so that they can continue his efforts to help the community. You can donate at http://petermayhewfoundation.org/make-a-donation.php

Angelique Mayhew, formerly known as  Angelique Luker appeared on two documentaries; From The Beginning: The Inaugural Year of Hound, in 2011, and Standing in the Stars: The Peter Mayhew Story in 2016.

Peter and Angie Mayhew tied the knot on August 7, 1999; she was born Mary Angelique Cigainero on October 24, 1953, in Texas. Together they had three children; Katy, Sheryl and Kathleen.

Furthermore, Angie and Peter run his foundation the Peter Mayhew Foundation, which will be run by Angie from now on. 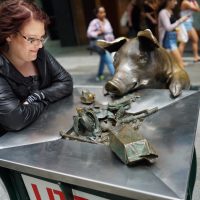 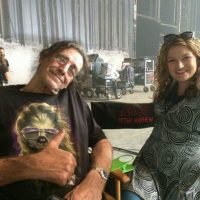 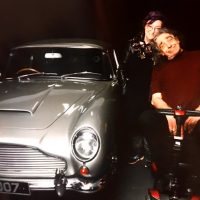 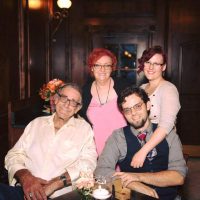 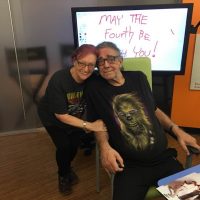 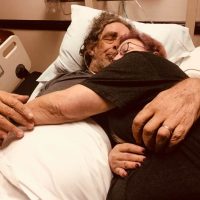 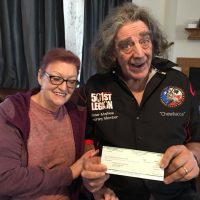