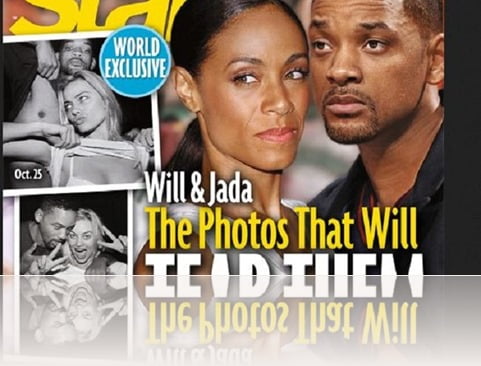 According to Star Magazine actor Will Smith has been caught in a nude romp with his **** Focus co-star Margot Robbie, and it was not for the film, the magazine are pretty much sure Will and Margot are having an affair, which could put an end  to his 15-year-marriage to actress Jada Pinkett Smith. Yikes!!

Sorry for that intro, but we are just telling you what Star suggests, here is what really happened, think about it and then tell me what you think of all this.

Star reported that Will Smith and Margot Robbie were at a party in New Orleans on October 25th, they went inside a photo booth and began to pose for the camera.

Witnesses said that although they couldn’t see clearly what was going on behind the photo booth’ curtain, it seemed that Margot lifted her shirt, exposed her bra and pressed her bare chest against Wills’ who like her lifted his shirt to expose his bare chest.

“He wasn’t acting like a married man; he gave no signs that he was in a committed relationship,” an eyewitness of the scandalous scene told the magazine.

“What kind of married man would go into a photo booth with a **** 23-year-old girl and start to undress?”

“Once they pulled the curtain back to take the pictures, they let their inhibitions run wild, laughing, hugging and nuzzling each other in the dark,”

“Margot directed Will before each pose. First the ordered him to act like a gangster. Then she covered her face with a masquerade mask and leaned into his chest. Next, she asked Will to take a **** picture with her, as she pulled up her shirt and exposed her lingerie for Will and the camera.

“They were hanging all over each other, laughing like they were a new couple in love,” the source continued. “Will ha just gotten done working for the day, so he definitely wasn’t intoxicated in any way — he knew what he was doing.” 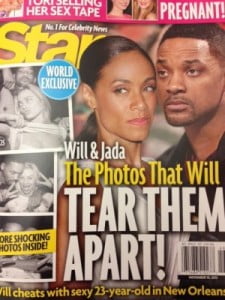 So??? What do you think? are Will Smith and Margot Robbie having an affair or not?

While you think about that, let me tell you a few interesting biographical facts about **** Ms. Robbie. 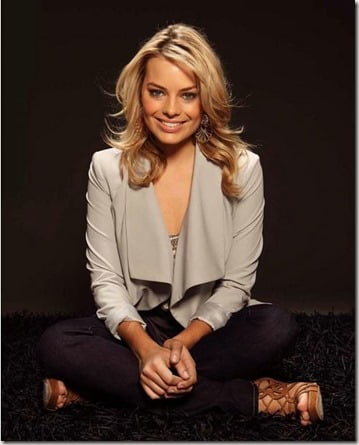 23-year-old Margot Robbie was born in Gold Coast, Australia on July 2, 1990, she moved to Melbourne at seventeen and attended at Somerset College, after her graduation in 2007 Margot began to take acting professionally.

In 2008 Margot Robbie starred in three television series like Neighbors the series that put her name in the spotlight and where she stayed for three  years, City Homicide, The Elephant Princess and Review With Myles Barlow, plus made her debut in the big screen as Cassandra in Vigilante.

In 2009 Robbie starred as Tristan Waters in I.C.U, in September, 2010 after announcing her departure from Neighbors she also said she was moving to Hollywood. Once in U.S soil Margot gave life to her newest character Laura Cameron in the NBC’s series Pam Am.

This year Mr. Robbie has been a pretty busy year with projects like About Time and The Wolfs of Wall Street along Leonardo Dicaprio, you better be ready for her in 2014, she will be in three film so far, as Celine in Saul Dibb’s movie Suite Francaise, as Riley in Violent Talent as certainly along Will Smith in Focus.

And what about Marget Robbie’s personal life? well, she was romantically liked to Leo DiCaprio after his split with Victoria’s Secret angel Erin Heatherton, but there was nothing to support that rumor,