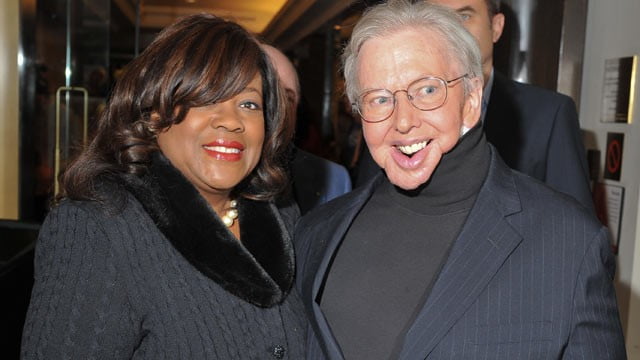 Roger Ebert, who has been described by Forbes as “the most powerful pundit in America”, is taking a leave of presence after forty-six years as film critic for the Chicago Sun-Times, due to the recurrence of his cancer. He had been diagnosed with papillary thyroid cancer back in 2002.

“I am not going away,” Ebert wrote in a note posted on Tuesday. “My intent is to continue to write selected reviews but to leave the rest to a talented team of writers… What’s more, I’ll be able at last to do what I’ve always fantasized about doing: reviewing only the movies I want to review.”

The 70-year-old is the first film critic to win a Pulitzer Prize, and also the first to be awarded a star on the Hollywood Walk of Fame. He started writing his film review column in 1967 and co-hosted the TV programs Sneak Previews, At the Movies with Gene Siskel and Roger Ebert, Siskel and Ebert and The Movies, and Ebert & Roeper & the Movies, until 2006 when he was treated for thyroid cancer and suffered post-surgical complications which left him unable to speak.

Roger’s wife is Chaz Hammel-Smith, best known as Chaz Ebert. She is a trial attorney and is now vice president of the Ebert Company. She once said about his husband’s first cancer diagnose:

“A few people told me when he was really sick and he didn’t look good, and I said, ‘I have this feeling things will be okay,’ ” she tells PopEater. “They said, ‘You’re in denial.’ I said, ‘I may be, but hope is a strategy.’ “

The movie critic told a story of his 20-year romance with his wife in a moving column, on the occasion of the couple’s anniversary on July 18, 2012. He wrote:

“I didn’t know her, but I’d seen her before and was attracted. I liked her looks, her voluptuous figure, and the way she presented herself. She took a lot of care with her appearance and her clothes never looked quickly thrown together. She seemed to be holding the attention of her table. You never get anywhere with a woman you can’t talk intelligently with.”

“She fills my horizon, she is the great fact of my life, she has my love, she saved me from the fate of living out my life alone, which is where I seemed to be heading. If my cancer had come, and it would have, and Chaz had not been there with me, I can imagine a descent into lonely decrepitude. I was very sick. I might have vegetated in hopelessness.”

“This woman never lost her love, and when it was necessary she forced me to want to live. She was always there believing I could do it, and her love was like a wind forcing me back from the grave.”

Roger and Chaz met at a restaurant back in 1989, where Roger was dining with Eppie Lederer while Chaz was at a nearby table with a couple of people that he knew. He approached to say hello to his friends and he included Chaz.

After first meeting in that restaurant, the couple had their first date at the Lyric Opera and went for dinner afterwards in Greek Town. At the time, she was on the women’s board of the Chicago Symphony Orchestra. Days later, Roger had to go to LA and asked her to go with him.

He proposed over coffee in Monte Carlo after attending the Cannes Film Festival in 1990, renting a car and driving over to San Remo in Italy to visit the grave of Edward Lear.

Chaz and Roger were married on July 18, 1992, at the Fourth Presbyterian Church in Chicago, Illinois. Their wedding reception was held at the Drake Hotel. The decorations at their wedding reception included white lilies and an ice cream bar. The couple own a beachfront home in Berrien County, Michigan and a Lincoln Park 5-story brownstone in Chicago.

Chaz loss the love of her life on April, 4th, the world loss one of the greatest talents we have ever seen, in Chaz words..

“He fought a courageous fight. I’ve lost the love of my life and the world has lost a visionary and a creative and generous spirit who touched so many people all over the world. We had a lovely, lovely life together, more beautiful and epic than a movie. It had its highs and the lows, but was always experienced with good humor, grace and a deep abiding love for each other.”

Our thoughts and prayers are with her and her beautiful family, during  this terrible time. Rest in Peace Mr. Ebert gone but never forgotten, his memory will live forever in our hearts!! 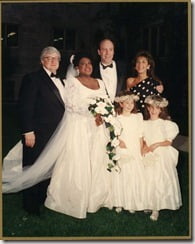 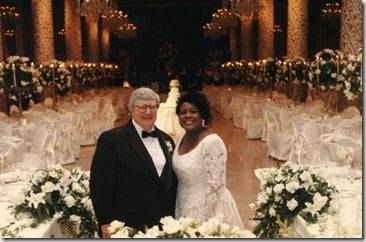 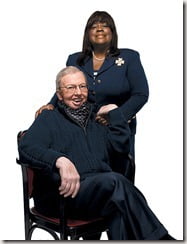 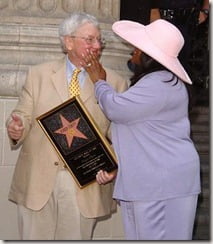