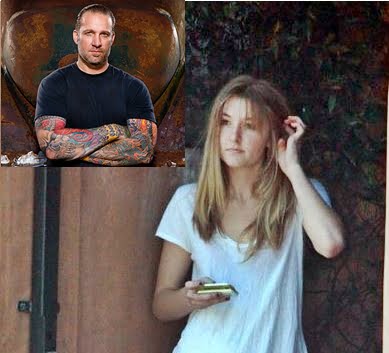 According to RadarOnline, there is a shocking video and a series of photos where 18-year-old Chandler James appears inhaling crystal meth off of aluminum foil at a friend’s party in Austin, Texas. The footage was reportedly captured earlier this year by someone claiming to be very concerned about the teen’s welfare. The young woman who captured the video said:

“It is an open secret here in Austin that Chandler and her friends party hard and get wired,” she said. “It was getting pretty out of hand. If she didn’t get help, who knows what could have happened.”

Chandler James also huffed keyboard cleaner before she looked for treatment. After learning of the existence of the video, her father confirmed his daughter’s battle and claimed it was a “matter that is close to my heart.” He added:

“My daughter spent the month of April in a treatment facility getting help for addiction. She is out now and in recovery, actively participating in a 12-step AA program.”

Chandler James is daughter of West Coast Chopper Jesse James and his first wife Karla. She also has a brother, Jesse Jr.

Chandler moved to Austin from California with her dad in 2010, bringing them closer to his ex-wife Sandra Bullock who has also has a home in Austin and helped raise her ex’s children in the past. Chandler James described her as “like a mommmmmy!”

“The move to Austin was supposed to make life more low-key for Chandler and away from Hollywood. So no-one would notice her and who he dad is and what he did. But she got mixed up in some bad things,” said the source.