Meet Amanda Kloots; she is an actress and the beautiful wife of Broadway actor Nick Cordero. The Canadian actor and Ryerson University graduate appeared in the 2014 musical Bullets Over Broadway, the play that awarded him with a Tony Award nomination for best-featured actor in a musical.

According to Nick’s wife Amanda Kloots, her husband is battling with what doctors initially thought to be pneumonia, but they now think things are much worse and Nick Cordero could be battling with coronavirus.

My sweet husband needs your prayers, please. Nick has been sick for a while with what we were told last week was pneumonia.

Unfortunately, we think he was misdiagnosed and we are waiting to hear if this is in fact COVID.

He is scared, in the ICU and now unconscious so his body can get enough oxygen. We are all trying to stay positive and strong knowing that he is in the best care.

I miss him terribly; I’m not allowed there to visit of course and can do nothing to help him. Nick is scared too, this has gone from bad to worse.

He isn’t allowed to eat or drink, he is very weak and having a hard time breathing. Elvis and I are feeling completely fine. My hubby is fighting like a champ but this is serious. Please stay home everybody.

Thank you to everyone who has been helping us so far you know who are and you are all angels.

Nick had his right leg amputated on  April 18, 2020; suffered major lung damage on May 1, and remained unconscious after taken off sedation, finally regained consciousness on May 13. 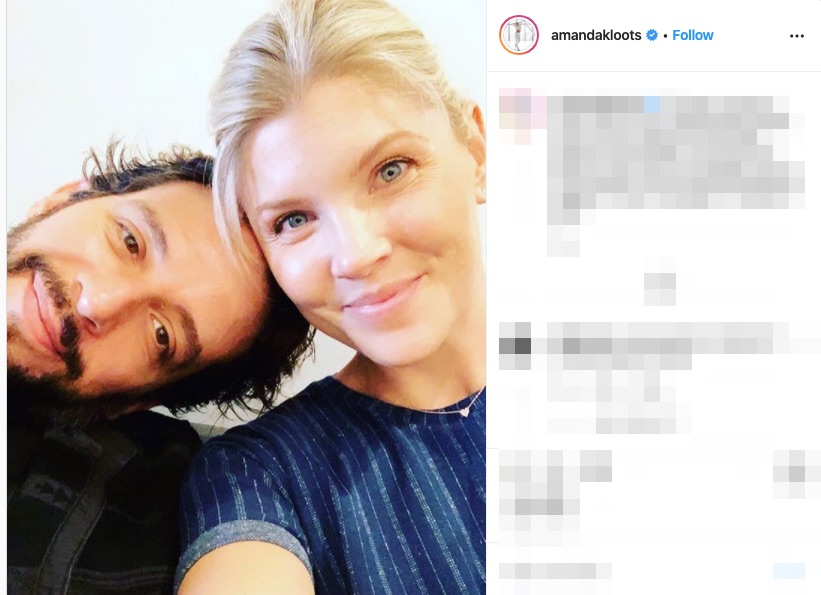 Ohio native, Amanda Kloots-Larsen met her soulmate while they both worked in Bullets over Broadway.

Prior to Buller Over Broadway, Amanda worked as an ensemblist in the 2011 musical Follies, Young Frankenstein and Good Vibrations in 2005.

Mrs. Kloots and Nick started dating shortly after they met and announced their engagement in March 2017; they eventually tied the knot on September 3, 2017.

They welcomed their son Elvis Eduardo Cordero on June 10, 2019.

Amanda a former Radio City Rockette seemed to have put an end to her acting career, manages the marketing agency We Are TailWind, gives fitness lessons at Studio Bandier and her jumping rope and workout business Amanda Kloots.