Barbara Marshall’s beloved husband, movie legend Garry Marshall has died at the age of 81. According to reports, the renowned producer, director, actor, writer and comedian, passed away at 5 PM Tuesday of complications from pneumonia.

Barbara Marshall is surely proud to be called Mrs. Marshall. Her husband was the man behind some of the biggest shows in TV history, Garry Marshall was a prolific and successful TV producer who began his career in front of the camera, acting.

Garry is survived by his long time wife and their three adult children.

Her husband was born to Anthony and Marjorie Ward Marshall on November 13, 1934, in The Bronx, New York. Garry attended Northwestern University’s Medill School of Journalism, according to his biography on the website of the Falcon Theater, which he found in Burbank, California.

Before making it big in the film making industry, he served in the Army for two years following his college graduation. He then began working as a reporter for the New York Daily News, before moving out to California to pursue a career in entertainment. He started off as a comedian during his early years in Hollywood.

Marshall was the creator of the TV series Happy Days who has directed a number of films including Pretty Woman, Nothing in Common, Frankie and Johnny, Runaway Bride and The Princess Diaries.

Having simultaneously written, directed and starred in cameo appearances in many of his films, Garry Marshall was as multitalented as they came.

Barbara’s husband was inducted into the Television Hall of Fame in 1997. He has also been honored with a star on the Hollywood Walk of Fame, and was given the Laurel Award for TV Writing Achievement by the Writers Guild of America in 2014. 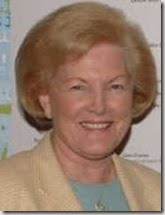 Barbara Marshall –who worked as a nurse –and Garry were together for over five decades.

The couple had been married since 1963.They lived together in Toluca Lake in the San Fernando Valley, where they moved in 1975. 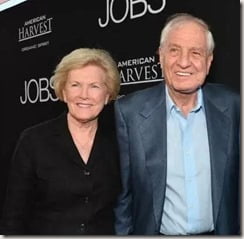 During interviews, Garry explained he followed the advice of his nurse wife. He beat both throat and prostate cancer.

He is also survived by his sisters, actress Penny Marshall, who played Laverne DeFazio on Happy Days and its spinoff, Laverne & Shirley, and Ronny Hallin.