Joe Petruzzi was once married to award nominated actress, Annabella Sciorra -well known from her numerous roles on film and TV.

Joe’s former wife revealed back in 2017, she was a rape victim at the hands of disgraced Hollywood producer Harvey Weinstein, this week the 59-year-old actress was seen arriving to testify as a witness in the trial of Weinstein.

The Brooklyn native born Annabella Gloria Philomena Sciorra on March 29, 1960; graduated from the American Academy of Dramatic Arts high school at 17. In hopes of pursuing a career in entertainment professionally she founded the Brass Ring Theater Company when she was 21.

Since then, Sciorra is known for her roles in “The Hand That Rocks the Cradle” and “Jungle Fever” and earned an Emmy nomination for her part in HBO’s “The Sopranos.” She also played a supporting role in the 1997 crime film Cop Land, which starred Sylvester Stallone and played Detective Carolyn Barek on Law & Order: Criminal Intent from 2005 to 2006.

Sciorra who appears to be currently single used to be married to fellow actor, Joe Petruzzi. 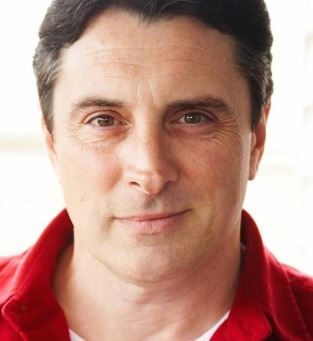 Joe Petruzzi was born December 13, 1959; as an actor he has worked extensively in television and film both in Australia and overseas. According to a profile, Petruzzi attended the National Institute of Dramatic Art (NIDA) and later trained in New York at HB Studios.

His television credits include The Devil’s Playground (TV Series) as well as ongoing roles in Stingers, Possession, and The Violent Earth. He also appeared in Rush, Neighbours, McLeod’s Daughters, Salem’s Lot, Blue Heelers, Beastmaster and others.
Joe’s film work includes Love’s Brother, Paws, The Real Macaw, Mambo Kings, Dingo, Citizen Cohn and Captain Johnno. In addition he is part of the ensamble at Red Stitch Actors’ Theatre -which he first joined in 2015. The actor is represented by Natalie Hall Management.

Joe Petruzzi and Annabella Sciorra were married from 1989 and divorced in 1993. They didn’t have any children together. Is not clear if Petruzzi remarried, he currently resides in Australia.