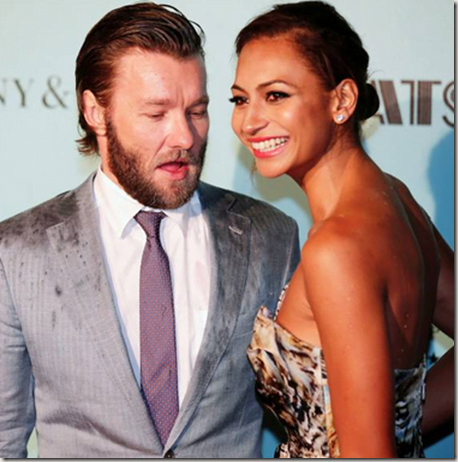 According to The Daily Telegraph the pair started dating in August of 2012 after being introduced by mutual friends during a holiday in Bali, Indonesia, where Lexi used to live. The pair was spotted last year attending the Cannes Film Festival, they turned the event into a romantic getaway when pictured in a romantic embraced at their suite’s balcony in Cannes. The have been together for about two years now and have quickly gotten serious despite the transatlantic affair.

While Lexi is the mother of a young girl, her 40-year-old man, has been in previously linked to Olympic runner Cathy Freeman and Transformers actress Isabel Lucas.

Joel who –will be playing biblical baddie Pharaoh Ramses in Exodus: Gods and Kings –revealed  to the British edition of GQ magazine that the experience of playing Ramses was transforming, revealing, at the time he was coming out of a relationship! Who do you think he is referring to?