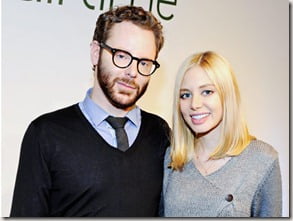 Sean Parker, Founding President of Facebook, is engaged to Alexandra Lenas. The 33-year-old billionaire has just spent $9 millions on decorations for their medieval-themed wedding, that will take place at Ventana Inn in Big Sur, California, on June 1st.

The Facebook pioneer has reportedly hired a landscaping company to build fake ruins, waterfalls, ponds, and bridges that will turn his wedding into a real-life Game of Thrones, a popular Medieval fantasy TV show on HBO that features knights and dragons. According to TMZ, Parker has hired the costume designer from Lord of the Rings to make dreadlocks for the guests.

The couple loves to play dress-up together. For Heidi Klum’s Halloween party in October of 2010, Parker dressed up as Justin Timberlake and Lenas went as Britney Spears. In 2011, they dressed as victims of the Alfred Hitchcock film The Birds. 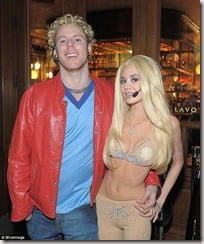 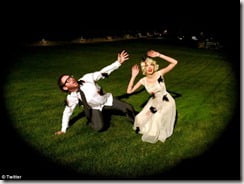 Sean Parker and Alexandra Lenas have a daughter, Winter Victoria Parker, born in January 6, 2013. Reportedly, the couple have been engaged since February 2011, just six months after they met .

Parker sometimes refers to Lena as his “Little One”, and Lena’s pet name for Parker is “Goobin”.

Lenas is a singer-songwriter who lives in New York. Reportedly, she is 23 years old. She has made at least one appearance on MTV. We can say that Lenas saved Parker’s life once, when he accidentally ate some nuts to which he is allergic, and Lenas had to carry him to his car so their driver could take him to the hospital.

In 2010, around the time of the release of The Social Network movie, Parker reportedly dumped her longtime girlfriend Kate Jurkiewicz, who had been dating for three and a half years. Parker also dated columnist Julia Allison, for a short time.