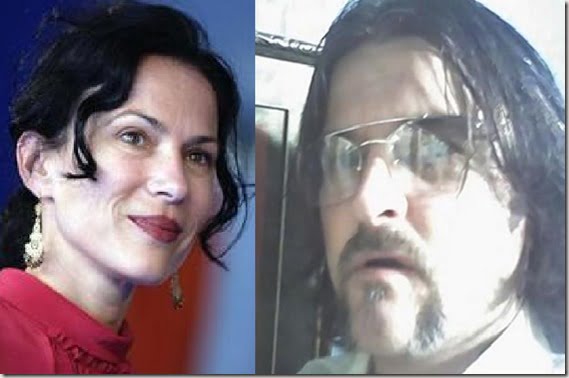 The 49-year-old daughter of film auteur John Cassavetes and his acclaimed actress wife Gena Rowlands: Alexandra Cassavetes used to be married to Buck Wylde Murphy, a man who according to reports raped a 16-year-old girl at a trailer in the Californian desert!

Alexandra “Xan” Cassavetes who is also an actress and director herself apparently was married to a rapist! Alexandra’s ex allegedly lured the teen by posing as a 19-year-old while chatting with her, she went from Staten Island, New York, to San Bernardino County. When she arrived in California, the victim was held against her will by threat of force, and sexually assaulted by Murphy over the course of several days. Xan is also the younger sister of Nick Cassavetes and older sister of Zoe Cassavetes, all three of them followed into the family business by acting and becoming filmmakers. She was the last to join them, making her directorial debut with the vampire romance Kiss of the Damned after previously making the cinephilic doc Z Channel: A Magnificent Obsession. Alexandra used to be married to movie producer Rick Ross, they have two teenage children together Veronica and John.

It is not exactly known how she and Wylde Murphy came to be, but oh boy did she dodged a bullet!