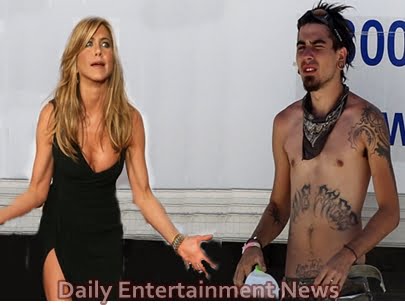 You couldn’t find a brother and sister more radically different if you tried. Alex John Aniston, Jennifer Aniston’s 24-year-old half brother who lives a wild punk lifestyle who lives traveling in his black van, between Santa Cruz, where he briefly attended college, and Alaska. Sporting  his black mohawk hairstyle and tattooed body, AJ is the complete opposite of  beautiful Jen. Wearing patched shorts and heavy boots he was seen at the Burning Man Festival, in the Nevada desert, where he was interviewed and photographed. He refused to talk about Jennifer. The last time he was photographed in public was for the premier of Jennifer’s movie Along Came Polly, 10 years ago with his father and mother, Sherry Rooney. He was 14 years old at that time. 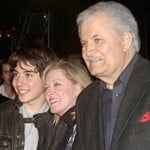 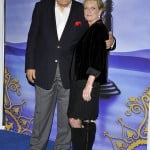 Friends say that he never talks about his famous relations and has reportedly said, “It’s a pain in my a** being Jennifer Aniston’s brother.”

Samantha Robles, a body piercer at Chimera tattoo studio where AJ gotten l lot of his tatoos, described him as a ‘scruffy punk, living out of his van’. 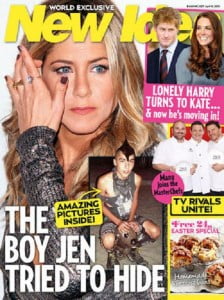 She said: ‘We had to ask him to wear shoes in the studio. He had a mattress in the back of his van, always had the same pair of pants with 20 patches on it and only had three shirts.” 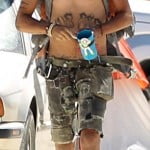 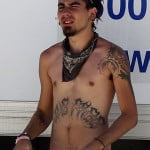 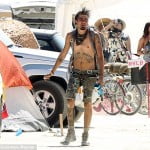 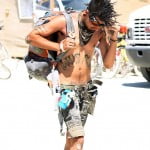 His closet (if he has one) must look pretty different from his sister’s!