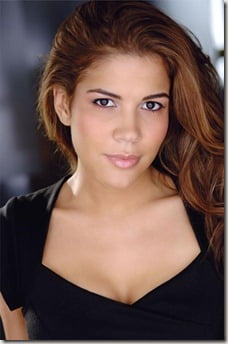 36-years-old actress Joselyn Martinez tracked down her father’s killer, 43-years-old Justo Santos 26 years later! Her father, Jose, was shot in a heated confrontation with teens outside his restaurant in 1986.

Justo Santos was arrested in Miami on Thursday and confessed the killing of Jose ‘George’ Martinez. He will be taken back to New York and face charges.

“Knowing the person my father was, I couldn’t live with myself if (Santos) stayed free,” Martinez said.

Joselyn was just 9 years old when her father was killed in front of her mother in Inwood, Manhattan. Years ago, she started her own search for her father’s murderer on internet but it was until 2008 when a search on Background.com came up to Santos who had fled to Dominican Republic. 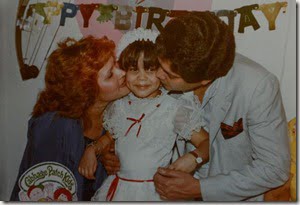 Santos, then 16 years old, and two of his companions were thrown out of Martinez’s restaurant, Dominican Express, after they started harassing his wife Idalia and making sexual comments. On the sidewalk, Santos pulled out a gun and shot Martinez in front of her. Idalia then took her husband to New York-Presbyterian Hospital Columbia but he died.

“I woke up the next morning and was told my father was killed,” Joselyn recalled. “We were destroyed.”

Police had identified Santos as the shooter but could not locate him. Joselyn kept the “Wanted” posters to remember who she was looking for.

“My mom told me to never forget his name. She’d tell me, ‘You have to know who did this to your family’,” she explained.

Joselyn searched all over social media, but his name did not show up on Facebook or Myspace. Then,  Santos’ name appeared on Background.com.

“They all had it. They had his address. They had his phone number,” she said. “He must have thought it was all over, that he had gotten away with it.”

The actress said it took her about eight years and around $280 paid to Internet background-check sites. She handed the case to NYPD hoping they would solve it. Detectives called her on Friday to let her know Santos had been arrested by Miami police.

“She was dynamite. She did a great job of finding this guy. She basically solved the case,” a law enforcement source told The News.