Pierre’s wife is widely known as an award-winning filmmaker, philanthropist, and the CEO and president of Fork Films.
Born January 24, 1960; the California native is the granddaughter of Roy O. Disney, co-founder of The Walt Disney Company.
She received her bachelor’s degree from Yale University, her master’s degree from Stanford University, and her doctorate from Columbia University.
Having grown up in a family of filmmakers, Disney turned to documentaries in 2008. She made her directorial debut in 2015 with, The Armor of Light. She has 50-plus films and series under her belt.
Her production company Fork Films has supported more than 50 films in the promotion of peacebuilding, human rights, and social justice. In addition she is the founder of Peace is Loud -a nonprofit dedicated to supporting and spotlighting women who are stepping up for peace and resisting violence in their communities. 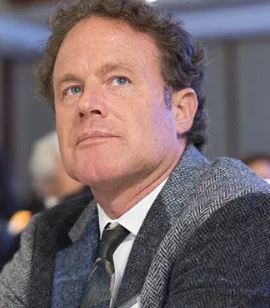 Pierre Hauser was born Pierre Norman Hauser. He is an accomplished, award-winning writer. Hauser, a native of San Francisco, has degrees from Yale, Columbia, and the New School.

He was previously an editor at Chelsea House, a publishing firm in New York City, and has produced a few documentary films with his wife’s company.
His published work includes several history books for young adult readers, including a history on undocumented immigrants and two works on late 19th and early 20th century African-American history. Since 2005, he has had numerous stories published.

Pierre who is also an activist, co-founded and is president of the Daphne Foundation, which is a private family foundation that works to end poverty in New York City. He also serves on the board of the North Star Fund.
Pierre Hauser and Abigail have been married since 1998. The two met while studying at Yale University, and as announced in the New York Times, they were married at St. Paul’s Chapel at Columbia University.
Together they are the proud parents of four adult children, Eamon Hauser, Henry Hauser, Olivia Hauser and Charlotte Hauser.