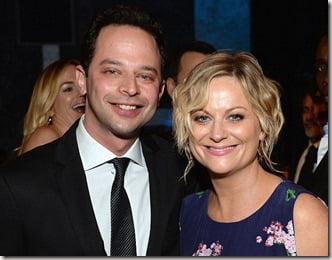 41-year-old actress Amy Poehler, who announced her separation from husband Will Arnett last fall, has made her first public appearance with new boyfriend 35-year-old Nick Kroll, at AFI’s 41st Life Achievement Award Gala in Hollywood on Thursday. The couple had announced their relationship in May.

“They are so cute together,” says the eyewitness, who notes that they were inseparable through the evening.

“Things are going well,” a friend told US magazine “They have a lot of fun together obviously and are both real big fans of each other.” 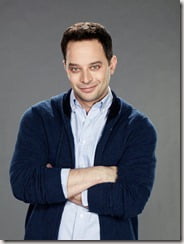 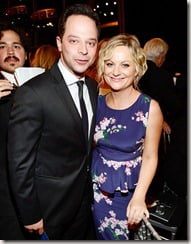 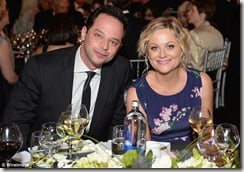 3. Attended The Mountain School, located on a farm in Vermont, where he used to hike… And he still enjoys hiking!

4. He began performing stand-up and sketch comedy in the late 1990s.

5. His big break came in 2008 as one of the stars of the ABC sitcom Cavemen, based on the popular GEICO commercials.

6. His first hour-long stand-up special “Thank You Very Cool” premiered on Comedy Central in 2011. It was then released on DVD.

7. Kroll has had small roles in several films including Get Him to the Greek, I Love You Man and Date Night.

8. In November and December 2008, he toured as the support with Aziz Ansari on his Glow in the Dark comedy tour in the USA.

9. He has been a contributing writer to Comedy Central’s Chappelle’s Show and MTV’s Human Giant.

10. In January 2013, Kroll began starring in his own Comedy Central program, Kroll Show.