Jonathan Sosa becomes the second victim to be claimed by the dangers of vaping. According to reports Sosa, died at a hospital in Manhattan after he was taken over breathing difficulties.

The NY Daily News reports Sosa died at Bellevue Hospital last November. Following his death, his family hopes to raise awareness and warn young people about vaping and its side effects. According to NBC, a 17-year-old from the Bronx was the first person to have died as a result of vaping last October.

Sosa who suffered from obesity and was even diagnosed with diabetes ultimately died due to the use of vaping -an autopsy was conducted and determined vaping played a role in his demise. The medical examiner determined the death to be ‘vaping-related’

34-year-old Jonathan Sosa was over 300 pounds and standing at 5-foot-11; he smoked heavily. According to his family, he took on vaping because he thought it would help him quit. In addition to obesity and diabetes, he also suffered from obstructive sleep apnea and had an enlarged heart. Despite his pre-existing medical problems; an investigation ruled he died of a combination of respiratory distress syndrome, heart disease, heart failure and pneumonia — all of which were complicated by the illness known as EVALI, or e-cigarette vaping associated lung injury. 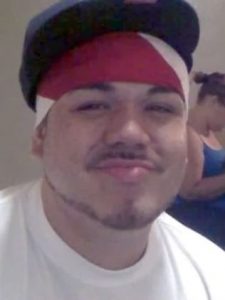 Sosa who was having difficulty breathing checked himself into the ER at Metropolitan Hospital around October. His condition only worsened and he was pronounced dead on November 9. At one point he was intubated and caught pneumonia. Relatives say doctors couldn’t understand why his lungs just got worse and worse. His family wants youngsters to know doctors don’t know how to treat a ‘vaping illness’

Jonathan Sosa worked a number of jobs including as a club bouncer. He had been a security guard for the past five years.
Jonathan Sosa is survived by his mother Angela Valentina as well as two brothers and three sisters, including a sister identified as 26-year-old Christina Hernandez.