Josh Berman was once the proud husband of well known psychotherapist and TV/radio personality, Dr. Jenn Mann -who recently gave advice on overcoming loneliness when forced to isolate.

Born July 17, 1970; the New Yorker is the daughter of songwriters Barry Mann & Cynthia Weil.
She earned a Bachelors in Mass Communications/Journalism, a Masters in Clinical Psychology, and a Doctorate in Psychology, specifically Marriage, Child, and Family therapy.
She became a regular psychological expert for The Today Show, The Maury Show, Access Hollywood and The Insider, and has appeared on hundreds of other shows.
In addition, Dr. Jenn has also had a sucessful career on radio with a Sirius XM radio program titled The Dr. Jenn Show which aired for five years. She also co-hosted On the Couch on Star 98.7, a Clear Channel station, for two years. She has authored bestselling books such as The Relationship Fix: Dr. Jenn’s Guide to Improving Communication, Connection & Intimacy.

Despite her professional success, Dr. Jenn was previously known as Dr. Jenn Berman; she is actually a divorcee. She and husband Josh Berman were married for over a decade from 2000 until their divorce in 2013. Dr. Jenn kept their home, her car and rights to her website and they both share custody of their kids.
During their marriage, Josh Berman and Dr. Jenn -welcomed twin girls whom they named Quincy and Mendez Berman. 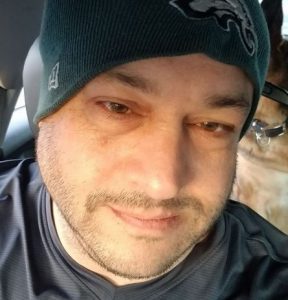 According to his LinkedIn, Josh Berman attended the Jewish Theological Seminary for his BA, Pepperdine University for his MBA and also studied at Columbia University in the City of New York. He is a Licensed Insurance and Financial Services Agent. He was previously the President of 6° Business Networking in Los Angeles and served as head of development at ProVisors. Josh Berman is currently based in Sherman Oaks, California.

Not much more can be found about Josh Berman, however it seems the couple parted in good terms. During an interview Dr. Jenn said about her ex-husband ‘He’s a wonderful man and a spectacular father. We made a commitment when we got divorced to put our kids first’

While Dr. Jenn and ex-husband Josh Berman are history -she and entrepreneur, author and TV personality Eric Schiffer have been dating for years.