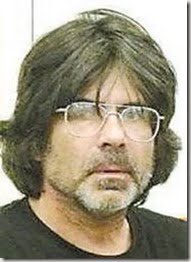 Steven C. Swanson, a resident of East Sandwich, Massachusetts, is Miranda Kerr’s stalker who was arrested Wednesday after reportedly telling the Los Angeles County Sheriff’s Department that he intended to kill her.

According to the Cape Cod Times, Swanson called a dispatcher in LA and told his plans to “rescue” the 30-year-old model, whom he referred to as his ‘soul mate’. He said he will travel to an airport in Boston and then to LA where he would ‘turn the place upside down’ in a search for the former Victoria’s Secret model.

Police went to his home Wednesday morning and found pictures of Kerr posted all over his kitchen and his home office. No firearms were found, though a pellet gun that ‘looked like a real pistol’ was taken from the scene.

Steven Swanson was arrested on charges of making a bomb or hijack threat with serious public alarm, according to the Barnstable-Hyannis Patch. He pleaded not guilty. According to court papers, Swanson also claimed to be a federal agent.

Swanson had already a conviction on his record for operating under the influence. He reportedly suffers from bipolar disorder and schizophrenia and had not taken his medicine in months, according to a court doctor. Swanson is next scheduled to appear in court on July 19. 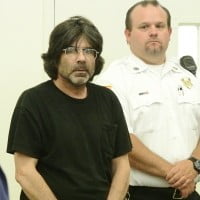