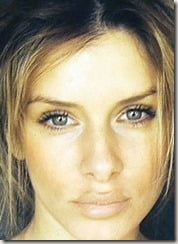 29-year-old Tosic was arrested in Croatia and will be flown to her native Bosnia to face trial. Tosic arrest comes from her association with boyfriend Darko Elez –described as a gangland boss who’s already done jail time.

Reports say she fled Bosnia and Herzegovina in 2014 where the trial has already begun.

Police staged an undercover investigation named ‘Operation Doll’ where she and other 32-people were at the scene, and police believes she has knowledge to Elez’s operations/crimes.

In the past she didn’t keep a low profile at all, she has worked with Playboy and has also done reality TV, taking part in the Serbian version of Survivor.

The blonde used to be in a previous relationship with another gangster named Djordje Zdrale, she is also facing allegations of the attempted murder on her former lover.