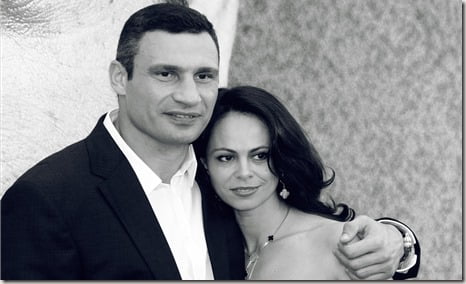 Lovely Natalia was born on February 26, 1974 as Natalya Valeryevna Yegorova. She has been married to heavyweight champion Vitali Klitschko since April 26, 1996. They have three children. She gave birth to her first child at age 26, a son Yegor-Daniel Klitschko on May 16, 2000; her second child at age 28, a daughter Yelizaveta-Victoria Klitschko on November 24, 2002 and last but not least; third child at age 31, a son Maxim Klitschko on April 1, 2005.

Her husband is well knonw with an impressive boxing turned politician career with international recognition for such achievements as Champion Emeritus by the WBC, known for his powerful punches and durable chin, he holds the second best knockout-to-fight ratio of any champion in heavyweight boxing history. But is time to get to know lovely Natalia better.

Natalia who is a former model is also on the Advisory Committee of German Charity Foundation Phytokids. Since 2010 she is involved in the Phytokids Foundation because their is the welfare of children at heart. Convinced she has the immediate help and the good cooperation with the doctors in the hospitals. 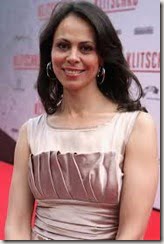 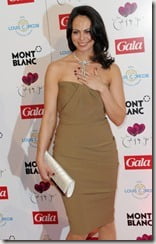 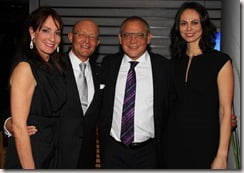 The former model and mother of three, speaks English, Russian, German, Polish, Ukrainian, French, Italian and Spanish! Some of the things you might not know about her is that she sings wonderfully. In 2012 inspired by an encounter with children in Ukraine she sang Jennifer Rush’s “Power of Love” during an appearance before the championship fight of her husband.

Natalia, who loves to sing said to RTL at the time

“I have taken singing lessons since I was 2 years old. Singing is for me the greatest fulfillment, it’s like breathing.”

The 40-year-old was the brainchild of fashion designer Werner Baldessarini, for many years. Her style is always appreciated during her public appearances and is no surprise she keeps her look flawless.