Maya Henry is a 15-year-old whose birthday party will make you fell totally jealous! The pretty teen had the most extravagant Quinceanera (the Latin version of a sweet 16) you could imagine.

Accoridng to reports, Maya Henry’s parents spent close to $6 million dollars to make her daughter feel special on her day. Henry had top notch performances from some of the hottest artists, including Pitbull and Nick Jonas. She was photographed by the first lady’s photographer and her make-up was done by the guy who has worked for the Kardashians!

How did she pulled it off?

Maya Henry happens to be the daughter of Texas lawyer, Thomas J Henry –who according to his website, runs his own personal injury firm, which is described as ‘one of the biggest plaintiff’s firms in Texas.”

Pink appears to be her favorite color, as the décor included a wall of live Peonies and custom Peony wall paper. Thousands of paper Butterflies hung from the ceiling and large columns topped with floral arrangements were scattered around the room. The private event was attended by an eclectic mix of San Antonio’smost influential and culturally relevant individuals.

Maya also had Gen 8 and the Mariachi Azteca de America as part of the live entertainment.

Maya was dressed in a custom-made gown, designed by Rolando Santana of Ports. Her makeup was done by celebrity makeup artist Patrick Ta who has worked with Gigi Hadid and the Kardashians.

The lucky people who got an invite to the event, got to take home a custom-made,  vanilla and berry flavored mini-cake flanked with butterflies and a thank you note. Did we mention she had 600 guests? 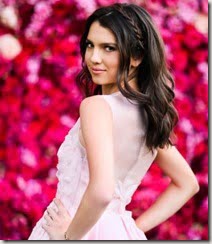 Maya Henry lives a life not many teens get to live. Her lavish lifestyle, includes luxury vacations, trips in private jets, and even intimate dinners at home in her family’s sprawling mansion. She has everything well documented on her Instagram account, that as of now has over 20K followers.

When Maya is not posting images of herself with stars including One Direction, Justin Timberlake, Justin Bieber, the young teen can be found spending her time campaigning for Hillary Clinton for ‘Teens for Hillary.

Maya’s parents met at a gym in the 90’s. Her mother, Azteca Henry, holds an accounting degree from Texas A&M-Corpus Christi.

Maya Henry has an older brother, Thomas. Both Maya and her brother have been ranked youth tennis players in Texas.