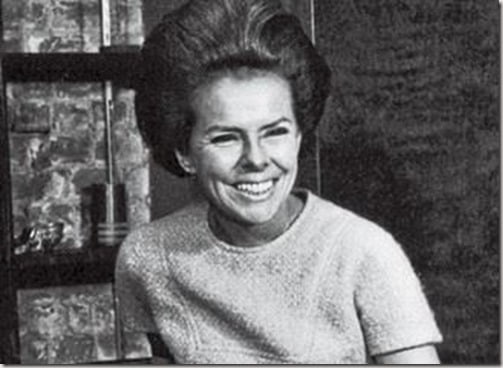 Born Eileen Cecile Otte and better known as Eileen Ford –the woman who gave us supermodels –has died at age 92.

Eileen, the founder of Ford Models launched the careers of Candice Bergen, Lauren Hutton and Jane Fonda and countless others fashion icons. She died on Wednesday in Morristown, N.J.

Her death, at a hospital in Morristown, was announced on Thursday by her daughter Katie Ford. Mrs. Ford lived in Califon, N.J., in Hunterdon County. 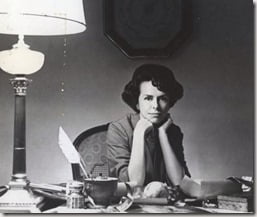 Eileen Ford, who co-founded Ford Models with her husband, in the late 1940s, became the top agency in the world. It elevated the modeling profession into a serious business with $1 million contracts, represented thousands of beautiful young women, and created a market for “supermodels”

The only daughter among four children from the marriage of credit-rating company owners Nathaniel and Loretta Marie Otte. Eileen grew up in Manhattan and in Great Neck, on Long Island.

A psychology graduate from Barnard College in 1943; by the time she had been following her mothers footsteps in the modeling business.

While Mr. Ford managed the business, Mrs. Ford became the face of the agency and its chief talent scout, sometimes virtually plucking young women out of a crowd and turning them into models.

Mrs. Ford built a reputation for transforming girls into stars with lessons in grooming, etiquette and style while running her agency like a convent. Some in the industry called her the mother of New York modeling, in almost the literal sense. A formidable manager, she was widely known for protecting models from underhanded deals and sexual misconduct and generally cleaning up the sleazy image of the business, insisting that both clients and models observe a code of ethics and decorum. 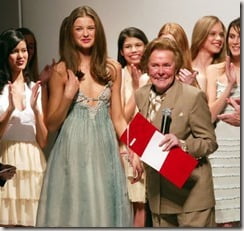 She knew her business and was unapologetic. She wrote in “Eileen Ford’s Book of Model Beauty” (1968), one of her five books on modeling. “The average would-be model weighs about 16 pounds more than she should.” 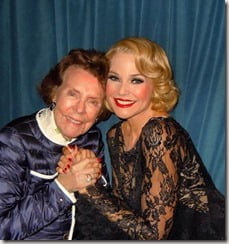 Her life is filled with countless stories of her ability to spot talent, her likeliness to discover a potential model by walking on the street, her discipline by allowing some of her charges to live in her Upper East Side townhouse when they were starting out so she could keep a watchful eye on their careers. But one of the stories we find most interesting is

In 1961 she was invited to Helsinki by the Finnish publishing magnate Aatos Erkko to judge a beauty contest in one of his publications, according to a biographical sketch prepared by her family. Young women from all over Finland sent in pictures, and Mrs. Ford was presented with the 20 deemed best by the magazine’s editors.

“None of these will do,” Mrs. Ford said. “I want to look at all entrants.”

And she did, going through more than 700 photos. She finally chose Hellevi Keko, and Ms. Keko became a very successful Ford model. 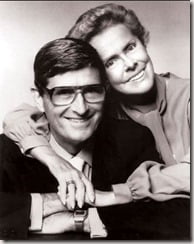 She met Gerard William “Jerry” Ford, in 1994 at a drugstore near Columbia University –where her future husband attended officers’ school and pursued a degree in accounting. Three months later they eloped to San Francisco, where Mr. Ford –who was in the navy –was stationed and preparing to ship out for the Pacific for two years.

By his returned Eileen had been working as a secretary for several model friends and becoming their informal agent. When she became pregnant, Mr. Ford stepped in to manage the business, and he soon recognized the potential for a more organized agency that could compete with the big ones. 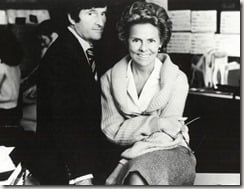 Indeed, that’s what the couple did. Ford Models was born in 1947, in humbleness; starting out in Mrs. Ford’s parents’ home. In 1948 they opened an office on Second Avenue, selling their car to pay the rent. The agency was a success. Within a decade, its fees reached $3,500 a week.

Years later, their agency had garnered world wide success and was described by Michael Gross as “a fortress of propriety and moral rectitude that was to stand for 50 years.” That might as well had been the description of Mrs. Ford. 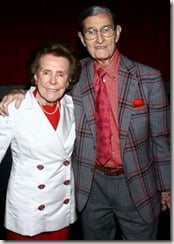 By the late 1950s, Eileen had given birth to four children, daughters Katie Ford, Jamie Ford Craft, Lacey Williams and son, Gerard William Ford Jr., who is known as Billy. Below is a picture of sisters Katie and Lacey. 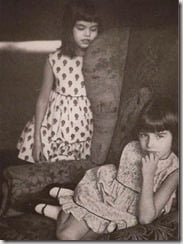 Katie Ford took over the agency after her parents retired in 1995 until 2007. She was married to hotelier André Balazs with whom she had two daughters, however her marriage ended in divorce in 2004.

Besides her four children Mrs. Ford is survived by her brother, William Otte; eight grandchildren; and five great-grandchildren.

Our condolences to all the family members. 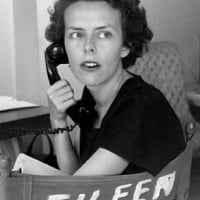 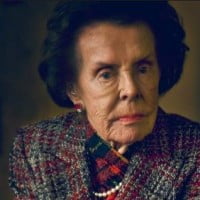 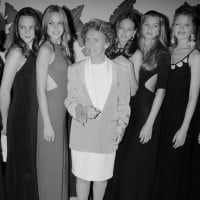 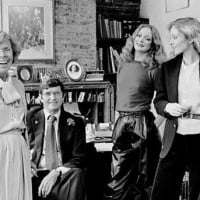 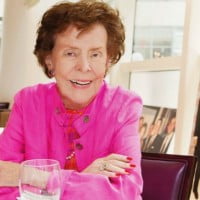 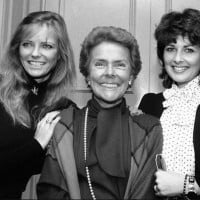 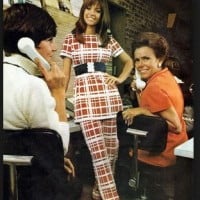