Emily’s former husband is a venture capitalist with a net worth of $3.5 billion, according to Forbes.
Born August 22, 1944; the New Jersey native holds a B.S. in Psychology from the University of Rochester and a J.D. from Harvard Law School.

Singer is on the Forbes’400 list of richest Americans and is known for his ruthless business tactics and rapaciousness. In addition to his success as a hedge fund manager and venture capitalist, Singer is also an accomplished musician.
According to a profile Singer is a member of the Management, Risk, and Valuation Committees. He is the Founder of the Paul E. Singer Foundation and Co-Founder of Start-Up Nation Central. He serves in addition as Chairman of the Manhattan Institute for Policy Research, and a member of the Board of Harvard Medical School. 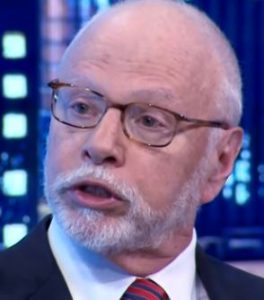 Singer who is also notorious for having been involved involved in a 15-year public battle with the country of Argentina over repayment of bonds -is a divorcee.

Is not clear when the couple exactly tied the knot, however they have been divorced for a long time, since 1996 to be exact.
Emily Singer is the mother of the former couple’s two sons, Andrew and Gordon.

Her son, Andrew Singer came out to his family as gay in 1998. During an interview, Emily’s ex-husband spoke of his acceptance to the LGBT after their son’s revelation.
According to CNN Money, one night in 1998, when Paul and Andrew were at dinner, Andrew started asking Singer about his “views on homosexuality.” The questions were asked in such a way that Singer began to wonder whether his son could be gay. The next day, Paul asked directly to his son, and he said yes.
Andrew Singer is a doctor and a married gay man. As for Emily’s eldest, Gordon, he runs Elliott’s London office.