Zyairr Davis is the teenager who has been charged with the murder of Barnard College student, Tessa Majors.

Zyairr Davis was charged with murder on Friday and held without bail. The 13-year-old admitted to police that he particpated in the robery however, he did not participated in the stabbing that led to her tragic death.
Majors was viciously stabbed during an armed robbery-gone-wrong in Morningside Park, just blocks away from the school last Wednesday.

Davis was believed to be connected to the crime and the following day, he was identified, charged with murder and ordered held without bail.
Zyairr Davis was arrested in the lobby of a building near the scene where the killing took place. Davis who was wearing the same clothes associated with Majors’ attacker -was picked up for loitering, but police found a knife on him and took him in for questioning. That is when he came clean. 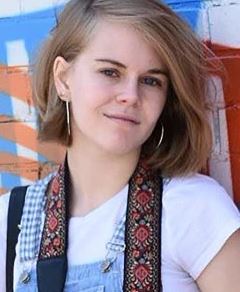 According to detectives, David told them that he and two of his friends/classmates -entered the park that day with the intention of robbing someone. According to his own account, his friend “dropped a knife” and he picked it up and handed it back to his freidn, and then he watched his friends grab the victim, put her in a chokehold and remove items from her pocket.
Davis told investigators that he witnessed Tessa get stabbed. He saw feathers come out of her jacket, and then all three of them ran out of they park and they went home. Davis who also revealed he and his friend robbed another person prior to Tessa, ended up taking only her purse.
The 13-year-old, who stands at 5-foot-5 and weighs 110 pounds appeared in court with his legal guardian and uncle, Roosevelt Davis. An aunt was in attendance as well. The teen’s mom died in 2016, the Post reports.