Zivile Rezgyte is the lovely girlfriend of Andrew Giuliani whose father is Rudy Giuliani, the former Mayor of New York City from 1994 to 2001.

Andrew is one of two children born to Rudy and his second wife, Donna Hanover. His sister is, Caroline Giuliani.

Andrew Giuliani made headlines for hijacking his father’s inauguration ceremony in 1994. We also heard about him again in 2008, when he sued Duke University for kicking him off the golf team. His mother even tried to get the school to put him back on the team, but it didn’t work and the case was dismissed.

We’ll probably be hearing a lot more about him and his **** fiancee, since Andrew has been hand picked by President Trump, to work in the Office of Public Liaison and Intergovernmental Affairs.

Lithuanian-born Zivile, met her future husband back in 2014 at Derek Jeter’s last home game in Yankee Stadium. The pair announced their engagement last August. According to page six, he popped the question on a boardwalk in the Baltic Sea in Palanga, in front of Zivile’s mom, sister, cousin and two nephews.

Andrew gushed about his hot gal telling the publication

We are working on the [wedding] guest list right now, but considering Zivile’s success, I’m sure there will be plenty of the biggest names in real estate there,”

Andrew threw out there Zivile’s success because the gal is a known face in the real estate world. According from her social media, she was born in Klaipeda, Lithuania and is currently based in New York. 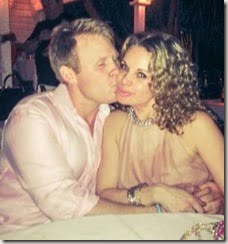 According to her LinkedIn, Zivile Rezgyte is currently an Account Executive for First American Title. 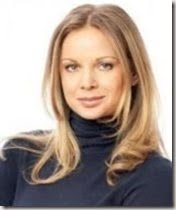 From 2004 until 2011 she was an associate broker for Rem/Max Millennium. Zivile Rezgyte then moved on to Skyline TRG Title Agency where she worked in the Business Development team.

She arrived at her current post in 2012 -First American provides financial services through its Title Insurance and Services segment and its Specialty Insurance segment.

Zivile is also a former gymnast. She trained while growing up in her home country and went onto participate both nationally and internationally at the Grand Prix in Greece.

The flexible blonde is also a dog lover, she owns a dog named Marinello.