Kanghua Ren is a YouTuber who could be facing jail time after he played a cruel prank on a homeless person.

Ren, whom you may know as ReSet gave a homeless man an Oreo cookie he’d secretly filled with toothpaste. Kanghua Ren then proceeded to film the man as he ate it. He was in Spain at the time of the prank.

20-year-old Kanghua Ren is a Chinese-born influencer with millions of subscribers on the video hosting site. He currently resides in Barcelona. He is described as a Fortnite and League of Legends player known to wear bright blue contact lenses in his videos.

But in 2017, his channel had a sudden rise, it was the video of Ren giving a homeless man an Oreo with toothpaste that got him subscribers left and right. In the video, Ren can even be seen offering his victim €20 to eat it. 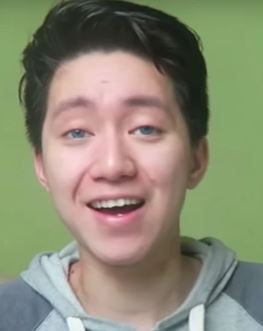 He filmed the whole exchange, including the man vomiting minutes later, and said to camera: ‘Maybe I’ve gone a bit far, but look at the positive side: this will help him clean his teeth. ‘I think he hasn’t cleaned them since he became poor.’ The video was viewed ‘thousands of times’ before it was deleted -making good money for Ren.

According to the Spanish newspaper El Pais, ReSet made more than €2,000 from advertising on the video.

But the homeless man named as Gheorge L, didn’t forget about the incident.  He told authorities he feared for his life and that he was offered €300 for his silence. Ren was found guilty of violating the victim’s moral integrity.

In his defense, Ren said that he does things ‘to put on a show’ because people like ‘sick things’ -however, a judge argued that this wasn’t an isolated act.

Since then, Ren was sentenced to 15 months in jail and ordered to pay the equivalent of $22,390 in damages to the victim. Although reports say he likely won’t spend any time in jail because first-time offenders in Spain often see sentences under two years for non-violent crimes suspended.

But the real punishment for the prankster most likely is that he was also ordered to shut down his video channel, according to a report. In addition, he is forbidden from sharing videos online until 2024.