Joseph Jingoli has been named as the new man in the life of former model turned TV personality, Yolanda Hadid.

Yolanda who was previously married to David Foster has made her current relationship with Jingoli public -after Foster tied the knot to much younger Katherine McPhee. Yolanda previously Mohamed Hadid with whom she welcomed her famous children, Gigi, Bella and Anwar. 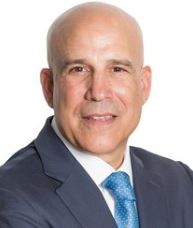 Jingoli is a businessman who currently serves as the CEO of the company JMJ Farm Holdings. But Joseph Jingoli isn’t only making headlines for his love life, the silver fox is currently involved in a negligence lawsuit, reports say.
Joseph Jingoli is said to be accused of being responsible for the death of one of his employees, after the staffer was allegedly crushed by Jingoli’s Ford Motor dump truck while performing work for him. The incident took place on October 28, 2016.

60-year-old Joseph Jingoli who also goes by Joe Jingoli Jr. -is an investor and CEO in several companies, and the president of The Farm Team, which helps young adults in addiction recovery. Joseph is also Chief Executive Officer at Jingoli & Son, Inc., which is responsible for a number of major construction projects across the Northeast. According to a LinkedIn profile, Joseph is a nationally ranked contractor/construction manager with experience serving power, industrial, healthcare, gaming and educational industries.

A longtime advocate for recovery, Jingoli is also the founder of F.A.R.M. Team, or Facilitating Active Recovery Mission, an organization dedicated to mentoring young men and women looking to reenter the workforce.

The construction executive and the Real Housewives of Beverly Hills alum -were set up by mutual friends and have been dating for at least three months. Yolanda made her relationship public by posting a photo of the couple to her Instagram which she romantically captioned “This much I know is true, that god blessed the broken road that lead me straight to you….”