Geneva Ayala has been named as the young woman who used to be in a romantic relationship with late rapper, XXXTentacion.

Geneva’s former boyfriend had a short-lived but controversial career after being killed on June 18, XXXTentacion real name, Jahseh Dwayne Onfroy was only 20-years-old.

He was shot after leaving a motorcycle dealership in Deerfield Beach, according to witnesses’ two men in a dark colored SUV shot and killed him in an apparent robbery. He was rushed to a local hospital where his death was later confirmed.

The Plantation, Florida, native, became notorious after his song “Look at Me” went viral on social media and audio distribution platform SoundCloud in 2016. He went on to be featured in XXL magazine’s 2017 Freshman Class alongside other up-and-coming artists.

His latest album “?” picked at No. 1 on Billboard when it was released last March. The album’s single “Sad!” peaked at No. 7 on the Billboard Hot 100 and spent 15 weeks on the charts, according to Billboard. 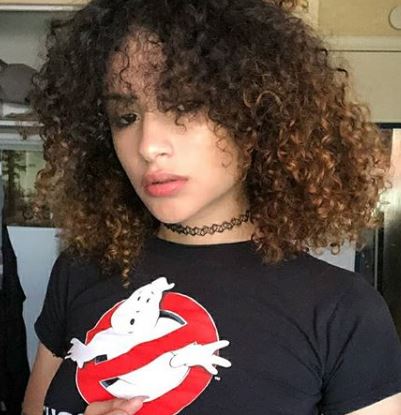 It is not clear if Geneva and the singer were together at the time of his death and how long they were together. However, Geneva who can be found on social media as ‘yungeneva’ paid tribute to the late rapper.

Following his death, it’s been revealed Onfroy was facing trial for aggravated battery, domestic battery by strangulation, false imprisonment and witness tampering. A snapchat video shows him and an unidentified victim allegedly getting into a physical altercation.

During their time together, Geneva was also allegedly assaulted several times by Onfroy who according to The Sun, hit her so severely in 2016 that it caused two black eyes and a damaged optic nerve. Following the assault she started a GoFundMe account to raise funds for her injuries. Hours after his death, Geneva received over $1000 in donations made by more than 100 people.

According to Vulture she became pregnant back in 2016 but it is unclear what happened to their child. That same year she was left in the back of a room for two days before being punched, slapped, elbowed and strangled. Geneva was able to escape and contacted police. The two had firs met in 2014 but it’s believed she left him after the 2016 assault.

On the other hand, *** had revealed on a number of interviews, Geneva Ayala was actually ‘clinically ill’ and that the baby wasn’t his because she had cheated on him.