Mohammed Saeed Alshamrani has been named as the man who opened fire at a Naval Air Station in Pensacola.

Mohammed Saeed Alshamrani is said to have shot and killed three people and injured several others at a naval on Friday morning. Alshamrani who was also killed in the incident -was a member of the Saudi Air Force who was in the U.S. for training. He was an aviation student. There was a total of four casualties including the shooter.

Naval Air Station Pensacola employs more than 16,000 military and 7,400 civilian personnel. At least 60,000 members of the Navy, Marines, Air Force and Coast Guard receive training each year. It was the nation’s first naval air station and is home to the popular Blue Angels flight demonstration squadron and the National Naval Aviation Museum, making it a popular tourist destination. It is also the headquarters of the Naval Education Training Command. 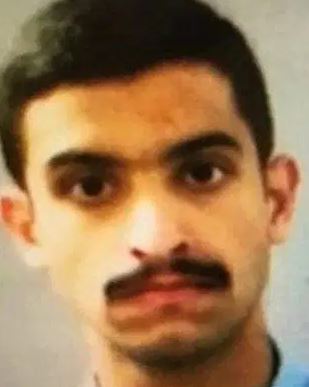 According to reports, shots were fired at about 6:50 a.m; in a two-floor classroom building at the base.
The shooter is said to have used a handgun to exchange gunfire with two Escambia County sheriff’s deputies. One was shot in the arm and the other in the leg, both are expected to survive. In addition to the two sheriff’s deputies, six other people were injured, officials said.

The Saudi national and Saudi Air Force member, was a 2nd Lieutenant in the Saudi Air Force. According to Metro UK, Second Lt. Mohammed Saeed Alshamrani “was in the US learning how to fly American aircraft sold to the Saudi Arabian army.”

A social media profile with the same name, stated that Mohammed Saeed Al-Shamrani was born in Dammam, Saudi Arabia; and attended King Faisal University. Alshamrani who was attending the aviation school at the base -had his credentials due to expire next month, in January of 2020.

Authorities are still trying to determine the Saudi Air Force officer’s motive and whether it was connected to terrorism.