Ed Razek is well known is the fashion industry as a senior executive who has worked for decades for Victoria’s Secret and its parent company L Brands.

Recent reports say the 71-year-old is stepping down from his longtime role as chief marketing officer of Creative Services of Limited Brands -after Victoria Secret hired Valentina Sampaio -their first openly transgender model. This is relevant because last November Razek told Vogue.com the VS show shouldnt have ‘transsexuals’ -he later apologized for his “insensitive” comments following immediate backlash.

Ed is the man behind the brand’s homogenous, airbrushed and sexualized image that is now largely seen as outdated. The memo announcing his departure says Razek will be retiring. 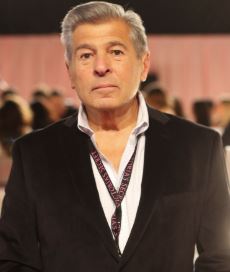 Born April 24, 1948; Edward Razek became an L Brands employee in 1983; Razek spearheaded Victoria’s Secret image and hyper-sexualized identity. He was considered the chief architect of the lingerie company’s famous annual fashion show and was ultimately the man who gave Victoria’s Secret Angels like Tyra Banks, Hedi Klum and several others their wings -after he hand picked the brand’s models.
Ed Razek he first began producing the renowned Victoria’s Secret Fashion Show in 2001. In October of 2007, he was named by Forbes as one of the five most important people in modeling.

Despite being sorrounded by some of the most gorgeous women in the world-Ed Razek has always been very private about his personal life and there’s no word on any of his romantic affairs.
In fact, is not clear if Ed has ever been a married man or if he is currently in a relationship however, online records show, he and Jo A Irwin could be husband and wife. Other relatives include, Scott E Razek, 50.

Jo A Irwin was born in 1953, the 66-year-old is a Columbus, Ohio resident and previous addresses include Gorsuch Rd, Galena; Primrose Pl; Limited Park -all in Columbus, OH.