The latest rumor in Tinsel town is not exactly a good one! Reports say a major Hollywood personality has learned, is HIV positive! Yikes!

Most definitely not a good news when doctors give you that diagnose. The identity of the Hollywood star has not been revealed just yet but it’s just a matter of time.

As of now, there are a few things we can tell you about the star. The alleged actor with HIV is a male actor. The Daily Mail reports, he has a long list of celebrity exes and is afraid to come forward because he could face legal action from a number of women! According to a reports from Radar Online, he is preparing for the legal consequences.

The Sun also gives us more hints, saying his list of ex partners, includes an award-winning actress, a religious movie star, a top Hollywood personality with a controversial past, a TV star, a media personality and a glamour model,’
An insider told the publication, the actor has known for years about his HIV positive status, but it has now become common knowledge that he is infected.

Another source says the megastar has spent an elaborate fortune to secure the silence of his sexual partners and whoever has discovered his HIV status.

People close to the star have allegedly told him to face the situation head on but is not exactly an easy thing to do, after all it would be like carrying that ‘scarlet letter’ on your forehead. 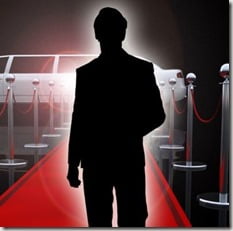 There have been a couple of artist who’ve been brave enough in the past. The Daily Mail mentions, actor Danny Pintauro, the Who’s The Boss star admitted he had been living with HIV for 12 years. And how could we forget, NBA star Magic Johnson.

Do you have other famous names in mind? Let us know below!