Shane Gillis, the comedian who had been recently hired by Saturday Night Live -has been fired!

Gillis has been dropped from the iconic live sketch show just days after videos of him making bigoted comments came to light.
A video he posted in 2018 in which he used a racial slur for Chinese people and derided Asians trying to learn English emerged earlier this month.
Gillis is sadi to have used a slur in referring to Chinese people and mocked a caricature accent of a Chinese person speaking English. 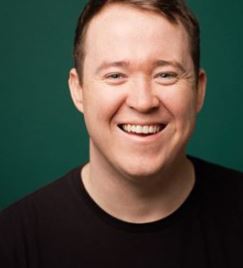 In another podcast recording, Gillis used homophobic slurs to describe Judd Apatow, the comedy filmmaker and producer, and the comedian Chris Gethard.
He had been named one of three newly announced SNL members to debut in the 4th season of the show.
Following news of his ouster, Gillis wrote on Twitter, “I’m a comedian who was funny enough to get ‘SNL.’ That can’t be taken away.” Gillis, not throwing shade at all, added “Of course I wanted an opportunity to prove myself at ‘SNL’ but I understand it would be too much of a distraction. I respect the decision they made. I’m honestly grateful for the opportunity. I was always a Mad TV guy anyway.”

Gillis is a stand-up comedian and writer based out of New York. He was named as Philly’s Funniest Comedian at Helium Comedy Club in 2016.
He is also a regular on Comedy Central Radio’s The Bonfire, co-host of Matt and Shane’s Secret Podcast. He has also written for Comedy Central’s Delco Proper. Shane was named as a new cast member of NBC’s “Saturday Night Live” along with comedians Bowen Yang and Cloe Fineman.

Not many details are known about the 31-year-old and is unclear if he is currently in a relationship or if he’s happily married.
Find Shane Gillis on Instagram here.