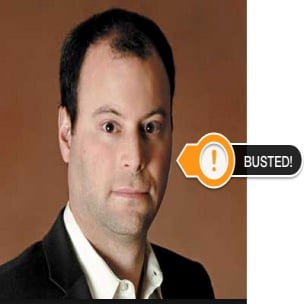 Buzzfeed News reported Ashley Madison’s CEO Noel Biderman sustained an affair with a Canadian woman that went on for a several years, but who Noel Biderman’s Canadian mistress? Like him, the woman who identified herself as Melisa from the Spa was in committed relationship with her boyfriend, it was out of guilt that she opted out of the affair. I wonder if guilt hadn’t been enough, would she still be cheating with Biderman? But Canadian Melisa is just one mistress, there is also a Toronto ******,

Noel Biderman, Ashley Madison’s CEO  and married father of two once said he would never cheated on his wife Amanda Biderman because he just didn’t need to, but he could if he wanted to and it seemed that he did cheat after all. The leaked on Ashley Madison found Noel Biderman cheated on his wife several times with multiple women, one of these ladies is a Canadian woman with whom he carried out an affair that lasted nearly three years.

The latest article on Buzzfeed News is all about Noel Biderman’s affairs that came to light only after his site Ashley Madison was hacked. According to the leak, Biderman the A with an unnamed student from Toronto, Canada who just identified herself as Melissa from the Spa in their first email send on July, 2012, went a little like this

“Let me know when you’re around so we can go have a coffee :-).”  email send by Melisa from the spa.

Melisa and Biderman meetings took place at coffee shops, hotels like the Roehampton, the Mary-am, and Novotel in NY. The meetings had to be postponed sometimes; there were times when Melisa had to study for finals, others when Noel had meetings or had to stay home taking care of his children, at the end Melisa was overwhelmed with guilt and ended the affair, however not before she borrowed a couple of Benjamins from Biderman; followed by a job at Avid Media as Spanish/English customer service representative that she ended up turning down.

This is Melisa’s email canceling their meeting at Novotel.

Hi Noel, I booked the novotel again at 3pm today, but I’m going to have to cancel it. I feel extremely guilt-ridden because of my boyfriend. He’s very intuitive and almost found out last time. I’m sorry. I don’t want to lose him. As much as I need the money. I talked to him this morning and my sense of guilt made me imagine that he knows. I know it’s a lot to ask for but I was wondering if I could still borrow some money, maybe 1500…I know its quite a bit but I promise I will pay you back as soon as I find a job and save some. I love him and I couldn’t look him in the eye if I went through with this. I’m sorry.

The next emails dated Sept, 22, Sept. 24, Oct. 12 the last dated Oct. 15 are Noel and Melisa talking about her future job position as Spanish/English customer service representative at Avid Media.

First one send by Melisa on September 22–> “thinking hard about the offer”;

She emailed him her resume on Oct. 10, the email included  a cover letter for a job position as Spanish/English customer service representative.

Last email send by her on Oct. 15 to Biderman —> “I think it went well, however I don’t think it’s the right kind of environment for me. I don’t want to appear ungrateful, I just don’t want any issues in my relationship. Thank you so much.”

This chapter ended, but Noel Biderman found another mistress.

Biderman emailed another woman in May, 2014- he told her about his fantasizing about that evening, followed by one from her telling him that she was on her way.

She send him another email, this one included a sexual explicit image, this time he didn’t responded her by email.

The other affair Noel Biderman allegedly had was with Mila the ****** of about 18-20 years old from TheEroticReview.com he met with an a Toronto condominium. 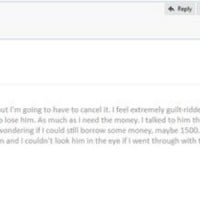 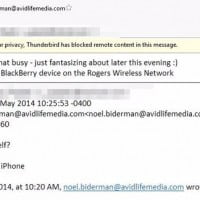 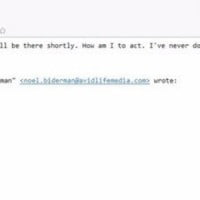 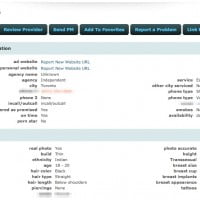 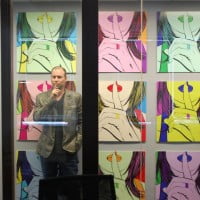