Morocco Omari is a 40-something actor who may not be a super familiar face but he can currently be seen on Fox’s Empire.

Morocco Omari was born on May 7, 1975. The Chicago native has been in the industry after returning from war. He fought in Desert Storm as a soldier in the U.S. Marine Corps.

Since becoming involved in Chicago’s theater scene, he has appeared in a number of TV and film projects. According to his IMDb page, his roles have included Hope (2003), Kubuku Rides (This Is It) (2006) and Half Past Dead 2 (2007).

In 2016 he landed a role in the hit TV show Empire. Last August it was announced he was being promoted to series regular.

Omari first appeared in the final three episodes of Empire’s second season as Tariq Cousins, an FBI agent seemingly out to get Lucious (Terrence Howard) and Empire Entertainment. In addition to Tariq having a past with Cookie (Taraji P. Henson) — they grew up together in Philadelphia — Lucious’ mother revealed in the season-two finale that Lucious and Tariq are actually half-brothers.

Omari was apparently on a good-roll with scoring a steady job on Empire but recent reports indicate he got in trouble with the law after allegedly getting violent with an unidentified woman.

According to TMZ, Omari has been arrested for allegedly brutalizing a woman. Cops told the gossip site, a 24-year-old woman called 911 in Chicago Wednesday, claiming she and Omari were arguing when he pushed her to the ground several times.

She said she suffered scratches to her neck and chest. Cops arrived on scene at around 2:30 PM, apparently observed the injuries and arrested the actor. He was booked for misdemeanor domestic battery. 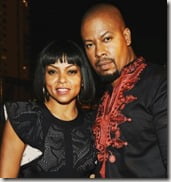 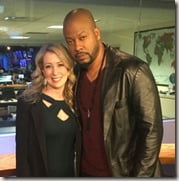 The site doesn’t specify the link between the victim and the actor but she is believed to be his current romantic interest and possible ex-girlfriend after the incident. 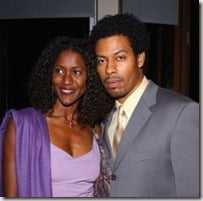 Morocco Omari was previously married to gorgeous actress, JoNell Kennedy –who is known for a role on The Mentalist. The two were married from 2001–2006.

Omari is also the father of two daughters.