Karl Richard Antonius is a Canadian businessman being accused of assault -the 51-year-old denies everything and says he is not guilty.

Karl Richard Antonius -who goes by Karl Antonius -has pleaded not guilty to sexually assaulting a woman during a blind date in September 2015. The 51-year-old claims he had a sleep disorder known as sexsomnia and is therefore not guilty of sexual assault.
Sexsomnia, or Sleep ***, is a sleeping disorder similar to sleep walking that causes an individual to involuntarily engage in sexual acts.

His accuser first came forward back in April; saying she went back to his hotel after she lost her keys but was not interested in intimacy with Antonius. At his hotel room, she claims he tried to climb into bed with her but she said no. The woman then fell asleep, but claims she awoke to find him engaging in non-consensual intercourse.

Antonius now claims he has no memory of the incident and that he was not in complete control of his actions during the incident due to the sexsomnia. His girlfriend testified in his defense saying she had experienced a similar incident with him last year while in Mexico. Other family members including his mother, Val Downing claim the exec has a history of sleep related problems. 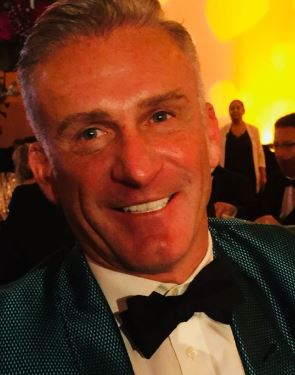 Karl isn’t just your average person, he is a well known mining tycoon in Canada.
He is the founder of Mandalay Resources Corp. and Brandenburg Energy Corp., Karl Richard Antonius has been at the helm of 6 different companies and occupies the position of President at Antonius Capital Ltd. and President & Director at Boreal Metals Corp.

He is also on the board of Enfield Exploration Corp.
In his long career in the industry, Mr. Antonius has served in a number of roles including; Director at Jagercor Energy Corp., Chief Executive Officer for Isodiol International, Inc., President & Director at Mandalay Resources Corp., President, CEO, Director & Head-Investor Relations at Brandenburg Energy Corp. and Vice President for Suncross Exploration Corp.

Karl, described as a finance professional with a 26 year career in Europe and North America -is also the Owner-Operator Bjorkdal gold mine Sweden and the initial financier of Szartliden gold mine in Sweden.