Maggie Rogers, the 25-year-old singer sensation who was discovered by Pharrell -appears to be currently single.

Maggie who made her SNL debut last year and has since entered the mainstream with the release of her debut album ‘Heard It in a Past Life’ -is now experiencing the not so glamorous side of showbiz.

According to reports, the Maryland native recently found herself subjected to inappropriate behavior from a few men while she was performing live. The incident took place during the penultimate concert of her North American tour. At the time the singer-songwriter was at ACL Live at The Moody Theater in Austin, Texas, when two men in the crowd began catcalling her.

Rogers decided to take the matter in her own hands and addressed the sexist behavior in a statement the next day. She wrote on Twitter, that during the prelude for the acoustic version of Alaska, she could hear two men yelling at her ‘take your top off’ while another joined in and yelled ‘you cute though’” 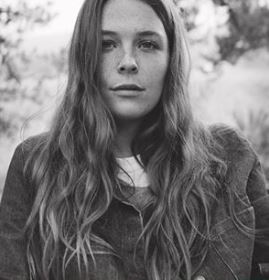 After explaining how degrading those comments were to the work and effort she puts into her music and the show she added “I want to use this moment to be very very clear. there is no space for harassment or disrespect or degradation of any kind at my show,” “be kind to each other out there.”

The pretty singer, first garnered fame in 2016 after she played “Alaska” for producer Pharrell Williams at an NYU undergraduate seminar.
Though she’s known for her indie vibe, it’s safe to say that Rogers defies genre, blending together pop, EDM, folk, and R&B with warm, steady vocals.

Born Margaret Debay Rogers, she began playing the harp at the age of 7. In high school, she wrote folk albums called The Echo and Blood Ballet. She discovered a passion for electronic music while studying abroad in France.
While attending New York University, her song “Alaska” went viral. Her follow up single was called “Dog Years.”
The singer’s debut album Heard It In A Past Life, which she is currently touring in the US, was released in January.