The pretty brunette is said to have caught her doorman doing the deed after she was checking her Nest security camera.

Stillings is an influencer and DJ, you may have seen her on the first and second seasons of BRAVO’s Summer House DJing.
As the daughter of brain doctor parents, she clearly chose a very different path. According to her website Nicole Rose, describes herself as a DJ and entrepreneur with over 7 years experience.
She calls her style ‘glam house’ and focuses on providing good vibes only, her work has been influenced by the 90’s, dance music, instrumentals, Studio 54 and more. In 2017, she was hired as a music director for Gilt Groupe. 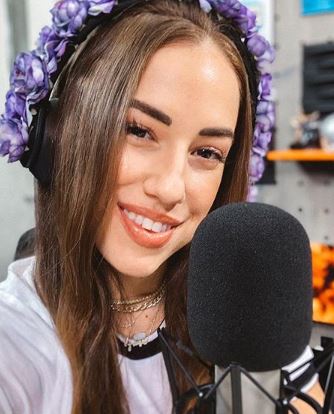 As a businesswoman, Stillings is the creator and owner of headphone company Rosé Rockers. She has over 38k followers on Instagram, where she calls herself ‘Female Founder. DJ. Music Director. Creator. Advisor/Investor. Dog mom’

According to her LinkedIn, Nicole Rose Stillings is also an advisor/investor at Out East. In the past she served as a director for KiwiTech and also was a global partner executive for Champagning & Champagne for Life. She began her career working in PR and marketing following her graduation in 2009 from Emory University -where she obtained a double major in International Relations and Sociology.