Andrea Boehlke is a gorgeous TV personality whom you might know as a co-host for PeopleNow. Andrea can also be recognize from her appearances on the hit CBS competition show, Survivor.

The stunning blonde is set to appear in season 34th, so we thought you might need a little freshen up on her.

Born on May 10, 1989; the Wisconsin native was a contestant on Survivor: Redemption Island, Survivor: Caramoan, and most recently, Survivor: Game Changers.

Andrea Boehlke is one of four children born to Royal and Linda Boehlke. Her sisters are Sabrina, Sharla and Jerilyn –who is deceased. Growing up in Random Lake, Wisconsin she was always very active in high school sports.

While enrolled at the University of Wisconsin- Stevens Point she was casted on the CBS show Survivor in 2010. While on Survivor: Redemption Island, she became a fan favorite after her alliance controlled most of the game. She finished in 5th place.

Andrea made the Dean’s List every semester and graduated with a BFA in Acting in 2013.

For season 26, Survivor: Caramoan, she was asked back to play and finished in 7th place.

Andrea Boehlke has been described as one of the more strategically aggressive players, and credited for several moves in the game. 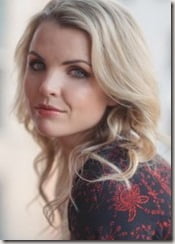 According to her website, aside form her regular gig for People Magazine, her other hosting credits include doing weekly sports updates for CBS Local Sports, #TBHSunday for MTV,  hosting tech and dating segments for AskMen.com, The Daily Share on HLN, interviewing musicians for FeedTheArts.com and co-hosting the nationally syndicated lifestyle tv program, The Better Show. 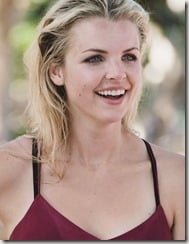 With all that going for her, we find it really doubtful she is still single and that nobody has been able to hold her down? Is it that guys are intimidated by the gorgeous, smart and successful Andrea?

Who knows, the point is that she is in fact, single unless, you know something we don’t. Do you know who her boyfriend is? Let us know below!