Wei Guixian has been pointed out as the very first person who was infected by the deadly virus COVID-19 also known as coronavirus, currently hitting hard the entire globe.

Wei Guixian, who is a Chinese woman vendor and resident of Wuhan -the epicenter of the virus in China -is believed to have been infected as she worked directly in the city’s market -where many scientist think is the place where the virus likely evolved and was first transmitted to humans.

According to reports, Wei Guixian was one of the very first victims and could had been patient zero. Guixian was the first person from the now-notorious Huanan market in Wuhan to test positive for the deadly infection. 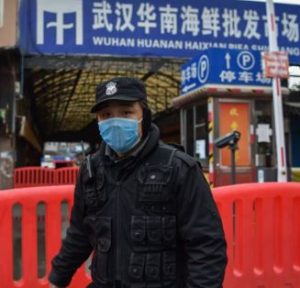 As reported by the Wall Street Journal, she first experienced symptoms in early December. Wei Guixian went to a local clinic to receive treatment for what she thought was a cold, she ended up getting a injection and went to work as usual, most likely spreading the virus.
After her symptoms did not improve she decided to go to a hospital, she headed the Eleventh Hospital in Wuhan. At the hospital, doctors could not put a name to her symptoms and sent her home with a pill treatment.
Around December 16, she went to another hospital for a full check, this time she went to Wuhan Union Hospital. While there she told the doctor that she had no strength or energy. She also learned that others from the same market had been at the hospital with similar symptoms.
By the end of the month, she was put in quarantine. She was among the first 27 patients to test positive for COVID-19.

57-year-old Wei Guixian is a shrimp merchant who until the pandemic, worked at Huanan market -a seafood and live animal market.
After receiving treatment she was able to leave the hospital in January. She told outlets she thinks she was infected after using a toilet in the market which she shared with other meat vendors.
Along with Wei, one of her daughters, a niece and the niece’s husband, also were infected.