Meet Laney Hayes, the lovely wife of country musician, Walker Hayes and with whom she has seven children.

Laney’s hubby is a singer-songwriter best known for his hit song ‘You Broke Up with Me.’ Her man was born December 27, 1979; the Mobile, Alabama native split his time between music and sports as a teen. He earned a music degree from Alabama’s Birmingham-Southern College, then attended the University of North Carolina at Chapel Hill.

Belive it or not Hayes has been in the industry for over a decade but it wasn’t until last year he gained notoriety with the release of “You Broke Up with Me.” The song became a hit, earning a gold certification and setting up the release of the full-length ‘Boom’ album, in December 2017. 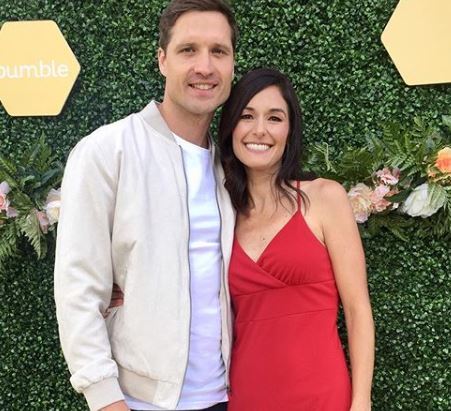 At the beginning of his career he recorded with the likes of Keith Urban, Colt Ford and Rodney Atkins. While signed to Capitol Records, he released his debut single, “Pants,” in 2010, which wound up reaching 60 on the Hot Country Songs chart. The full-length Reason to Rhyme followed in 2011, but it didn’t chart. After Capitol dropped him, he worked for a while at Costco while he kept releasing music and continued writing.

In 2016 he released two EP’s while signed to SMACK/RareSpark but it wasn’t until he landed a contract with Monument in 2017, which released “You Broke Up with Me” that he finally had a Top Ten hit.

Walker has been married to Laney Beville for over a decade and they have known each other since they were little kids. Is safe to say she has been his biggest supporter and most loyal fan.

He popped the question to Laney Beville while they were in their early 20’s and soon-after became husband and wife. The couple moved to Nashville in 2005 and since have welcomed seven children together. Sadly the couple recently announced the birth and death of their seventh child, Oakleigh Klover Hayes.

The wife and gorgeous mom of three girls and three boys, keeps buys homeschooling the couple’s children. Check out photos of Laney Walker on Instagram here.