Vladislav Roslyakov has been identified as the shooter at a Crimean school he was a student at, killing at least 19 people and injuring several others.

According to reports, the teen set off a bomb in the cafeteria of Kerch Polytechnic College located in the city of Kerch in Crimea. Roslyakov committed suicide at the scene moments later. His body was found in the school’s library on the second floor of the school. The shooting took place on the morning of October 17. 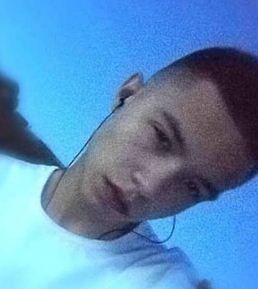 Along with the blast, Vladislav Roslyakov also opened fire shooting people, before taking his own life. He is said to have used a riffle to kill fellow students. Updates say the teenager set off a homemade bomb in the canteen with the aim of scaring student so he could shoot at them. Terrified students ran and screamed during the attack; the school’s director told media “there are bodies everywhere, children’s bodies everywhere”

The bomb did not kill anyone but it left scores injured. Roslyakov was caught on the school’s security cameras entering the college with a rifle and firing at students. He is said to have acted alone.

The senior student is described as a fan of the Novorossia project. Local media has reported he went by the moniker ‘Reich’ online and that he was obsessed with serial killers. Others point out the fact that he may had been mimicking Columbine High School killer Eric Harris by using a shotgun in his attack while wearing a white t-shirt.

No motive for his actions has been deemed official, however a source close to Vladislav Roslyakov told media the shooter hated the school and its professors.