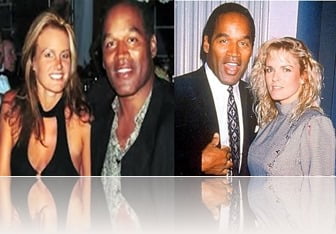 Meet Christie Prody, she was O.J Simpson ‘s longtime girlfriend who recently talked to media about O.J’s constant mentions of his wife Nicole, he even compared Christine with Nicole everyday!!

“It was very hard to deal with that everyday, comparing me to Nicole. ‘Nicole did this, Nicole did that. You should do this, that’s what she did,’”

“I was young, and so he could try to shape me, mold me, into what he wanted,” she said.

“He would say things to me like, ‘You better watch out so something bad doesn’t happen to you like Nicole.’” where the comments among the many she constantly heard O.J telling her about his late for over a decade. 38-year-old Christie Prody was just a 21-year-old cocktail waitress in 1995 when she went on a trip to Brentwood, Calif. and met O.J Simpson who was just acquitted of killing his ex-wife Nicole Brown and her friend Ronald Goldman; they began to date a year after that.

Christie Prody was born on April 21, 1975 in Minnesota she dated Simpson for 13 years, after he was sent to prison in 2008 Prody went back to her hometown and got a job as a nurse assistant. In 2009 Prody who was dating someone else and recently had a baby spoke  to media about the fears she overcome during her 13-year relationship with Simpson, who she was believed killed Nicole.

“It took me many years to realize and face that hard, terrible truth,” she told “Good Morning America.” “Things he’s mentioned about Nicole, how she had it coming because of her lifestyle and who she hung out with, mainly Ron Goldman, I guess.”

Prody who has been battling with her drug addiction once said it was O.J who introduced her to drugs, trouble might had been with Christie Prody long before she met Simpson but unfortunately for her it was until she dated him that her messy life became a public topic, in 2002 she was fined by the city of Miami pleading no contest to animal cruelty after her cat was found dead from abandonment, in 2004 she reprimanded by police in 2004 for using Simpson’s disabled parking permit to park in a handicapped spot at Target, two years later in 2006 she was charged for ********* possession in Southwest Miami last year. She paid a fine for the misdemeanor drug charge. In 2007 she was arrested for stealing painkillers from a home where she was working as an aide. Christie told cops that she was addicted to pain pills, and she was ordered to attend rehab after pleading guilty, 5 months late  she was arrested again when she tried to snatch someone’s purse at a mall in Fargo after cops say she. She was being held on $10,000 bond. On March 5th, she was sentenced to a four-year suspended prison term in North Dakota.