Anne Sacoolas is the wife of US Diplomat/spy Jonathan Sacoolas and also the woman apparently involved in the murder of a young man, Harry Dunn.

Anne’s diplomat husband is allegedly a senior spy based in the UK. Mr. Jonathan Patrick Sacoolas was based at RAF Croughton, Northamptonshire -a military “spy” base used by the US Air Force -close to the site where 19-year-old Dunn was found dead.

Harry Dunn died after his motorbike collided with a car close to RAF Croughton. Anne is a suspect in the fatal hit-and-run crash which occured last August. According to reports, the US embassy has confirmed Anne Sacoolas was behind the wheel of the car. Apparently the wife and mother was driving on the wrong side of the road. As a result, she fled Britain claiming diplomatic immunity. 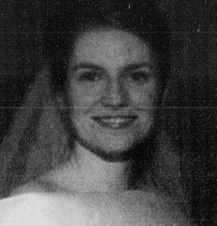 42-year-old Anne Elizabeth Goodwin is a South Carolina native. She attended South Aiken High School and holds a psychology degree from the University of South Carolina.
Anne worked for the US State Department in Washington for some time but its unclear what other roles she’s performed in the past.

She and Jonathan Sacoolas tied the knot in 2003 at the Wakefield Chapel in Annandale, Virginia. Her husband attended the University of Southern California where he earned a degree in electrical engineering. Mr. Sacoolas has also worked for the Department of Defense -so its possible this is how the two met.
Since their marriage, Anne Scaoolas and her husband have welcomed two children together, two sons. Anne’s teen son was in the front seat of her car at the time of the crash.

Back in 2007, Anne Sacoolas paid an infratction for a 2006 a traffick ticket -she was cited in Fairfax County, Virginia, for failure to pay full time and attention.
Is not clear what will happen to Anne Sacoolas but Harry’s family and PM Boris Johnson have said Anne should lose immunity after the teenager’s death.
Thoughts?