Abraham Williams is the second husband of Congresswoman Tulsi Gabbard -currently a Democratic candidate for the 2020 nomination.

Abraham’s wife is serving her fourth term in Congress, the 38-year-old Hawaii lawmaker is also a military veteran. Rep. Gabbard officially launched her presidential campaign earlier this year during a rally in her home state of Hawaii.
She became the youngest person to be elected to the Hawaii State Legislature in 2002 at age 21. She served in the state’s House of Representatives from 2002 to 2004.
From 2007 to 2009 she served in the U.S. Senate as an aide to Sen. Daniel Akaka, D-Hi.

Gabbard served on the Honolulu City Council prior to her election to the U.S. House of Representatives in 2012. She became the U.S. Congress’ first Hindu member and is also one of the first two female combat veterans elected to serve.

She is married to cinematographer husband Abraham Williams, the couple has been married for a few years. Tulsi was first married to Eduardo Tamayo. However, her long deployment to Iraq was ultimately too much for her first marriage. She and Tamayo ended up in divorce in 2006 after four years of marriage. 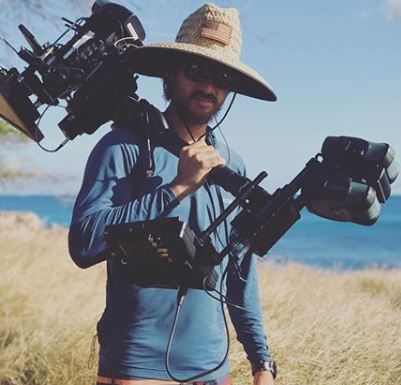 She’s been happily married to Williams since 2015. The two had known each other causally but they got to know each other better in 2012 when Williams, a cinematographer, volunteered to help shoot Gabbard’s campaign ads. At the time Gabbard was running for the U.S. Congress for the first time. He waited for at least another year to ask her out.

The couple had a traditional wedding to their Hindu faith. She told the India Herald , “We try to live our lives in service to others and God in a way that has a positive impact on others around us.”
They had an outdoor ceremony as the sun set on Oahu, People reported; and Gabbard wore a Lacha-style traditional Indian wedding dress.

Abraham Williams who runs his own website, describes himself as a cinematographer, steadicam operator and camera operator. The freelance editor explains his love of film on his professional website “I love capturing images of people, their emotions, character, and telling their story. I am fascinated by light, and how it can affect the way an audience feels about the person they’re watching on the screen”
Williams provides the videos and photos that are used for Gabbard’s campaigns. And although the couple work closely together, he has refrained from publicly commenting on his wife’s political life and has stayed mostly out of the spotlight, execpt for the ocasional political event and selfie.