Troy Caldwell became the latest MLB fan to interfere in a game, this time between the Astros and the Red Sox.

Though is his eyes it all happened so fast that he though nothing to it, Troy Caldwell was ruled to interfere with Red Sox rightfielder Mookie Betts on a potential Jose Altuve home run ball in Game 4 of the ALCS.

Next thing he knows, his phone is blowing up with friends sending him pictures and videos of him nearly catching what he thought was a first-inning Jose Altuve home run ball. The situation also makes him instant news as a reported was also quick to interview him.

Though this is not the first time a fan interferes in a game, it’s a rather uncomfortable situation, nevertheless Caldwell told media he doesn’t understand what happened; to him it should’ve been a home run. He said to the Boston Globe

Caldwell may have a case, as he wasn’t the only one reaching for the ball. Videos shows at least two other fellas trying to get the ball; and the New York Post notes it may have been the man next to him, wearing a blue shirt, who interfered with Betts’ glove.

Caldwell is a lifelong Astros fan, he was originally born in Houston and currently lives in Atlanta. He trekked from his current home in Atlanta back to Houston for Game 4. 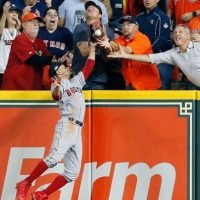 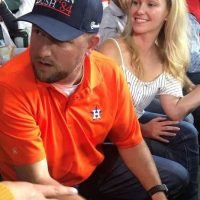 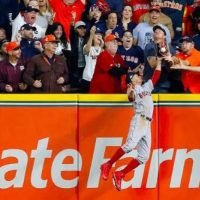 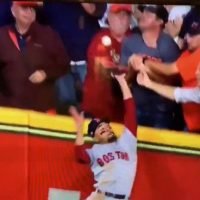 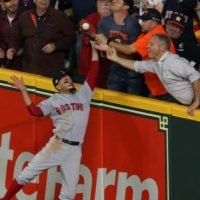 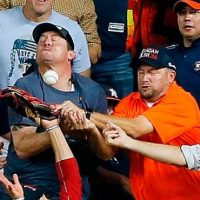 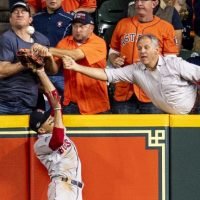