Kristin Kosinski is the lovely wife of commercial and film director, Joseph Kosinski -the director behind the ‘Top Gun’ sequel.

Kristin’s husband is known as one of a new generation of science fiction filmmakers. He received his undergraduate degree in Mechanical Engineering at Stanford University before graduating from Columbia University with a Master’s degree in Architecture.

Born May 3, 1974; the Milwaukee, Wisconsin native -began his career directing commercials and made his 2010 feature debut with Tron: Legacy. He was almost instantly heralded as an impressive visual stylist with impeccable attention to detail; and which grossed over $400 million and was nominated for an Academy Award and a Grammy.

He solidified that reputation with his follow-up, Oblivion, another science fiction tale -starring Tom Cruise and Morgan Freeman, and which grossed almost $300 million worldwide.
Other work includes, Only the Brave and most recently, Top Gun: Maverick set for 2020.

The director’s wife is not far behind, the lovely blonde Kristin Kosinski happens to have an impressive resume in her own right. Mrs. Kosinski is a patent attorney and is currently listed as a partner at Cislo & Thomas LLP. 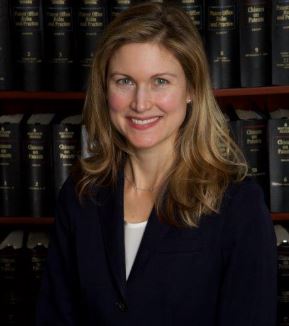 According to her profile, Kristin Kosinski attended Stanford University. She graduated magna *** laude, with a Biology degree from Drew University and later obtained her law degree from Seton Hall University School of Law.
In addition to her extensive work regarding trademarks and domain names, Kristin has experience preparing and prosecuting patent applications. Seh advises domestic and international clients in various industries such as fitness, fashion, restaurant services, luxury goods and others.
Kristin Kosinski is a member of the International Trademark Association (INTA) Internet Committee and is a panel member of the INTA Trademark Mediator’s Network. Also, she is on the panel of neutrals of FORUM, an alternative dispute resolution organization.

The lovely and elegant Kristin Kosinski has been pictured a number of times next to her husband during red carpet events. The couple has at least one child together.