Jesse Camp, the TV personality best known for his hosting of MTV classics has been found after being reporter missing.

A few days ago, Jesse Camp was reported missing by family members who said he had been out of touch for several days. A couple of days later, the 38-year-old was found by police and his family was notified that he is safe and in no need of assistance.

Let’s freshen your memory on who Jesse Camp is with a few facts about him. 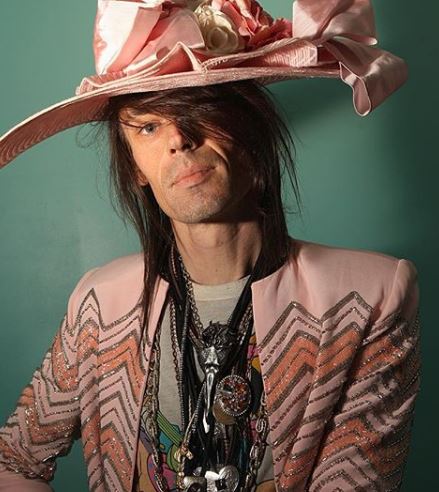 #1 Jesse is not his birth name

Camp was born, Josiah Camp on November 4, 1979 in Granby, Connecticut

#2 Both his parents were in education

Camp’s father is a former college professor while his mother, served as the principal of an elementary school.

#3 He earned a scholarship to UCLA

After graduating Loomis Chaffee, a New England boarding school in 1997, he earned a scholarship to attend UCLA but declined to follow his dreams of being on TV.

#4 He was a reality TV contestant

Prior to becoming a host for MTV’s shows, Jesse Camp first arrived as a contestant who eventually became the winner of the first season of MTV’s “Wanna Be a VJ” contest –becoming an overnight MTV sensation.

#5 He used to have his own show

After winning the ‘Wanna Be a VJ’ contest, he went on to host programs like “Total Request Live” and “Lunch With Jesse”

#6 He has appeared on the big screen

He appeared with Britney Spears in the pop star’s 2002 film “Crossroads.”

#7 He is also a musician

After hosting shows for MTV and his depart from TRL, he embarked in a music career releasing a rock album ‘Jesse & the 8th Street Kidz’ in 1999 –obtaining mixed reviews.

#8 He admitted that Jesse Camp was a character

After years of seclusion, Jesse Camp made a red carpet appearance and said during a Rolling Stone interview that the Jesse Camp who acted ‘dumb’ at time was a character he kept because that’s what he thought people at the time wanted to see.

#9 He was caught buying drugs by TMZ

Back in 2008, Camp was invited back to MTV for the TRL series finale and after the show he was filmed by TMZ cameras trying to score drugs outside a Total Request Live wrap party and TMZ cameras filmed the entire transaction. He later said it was all an elaborated joke and though that TMZ was in on it.

#10 His sister is a photographer

Marisha Camp is a photographer who has worked with her brother in the past.