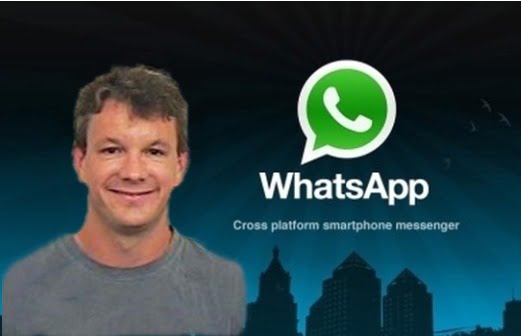 Who is the newest billionaire in town? that would be Whatsapp’ co-founder Brian Acton, who  sold his business to Facebook for $19 billion, Mark Zuckerberg will give Brian and partner in crime Jan Kaum $12 billion in Facebook shares, $3 billion in restricted stocks and $4 billion in cash. Want to know  a few interesting  things about Brian? Check this top facts about Mr. Acton

#1 He was born Brian Lange Acton #4 In 1991 graduated from the University of Pennsylvania where he studied computer science and economics. #6 In May, 1992 got a job at Rockwell International as Systems administrator #7 The year after that  became a hardware test engineer at Apple, left in May, 1994 and came back in August as Software engineer. #10 Co-Founded WhatsApps in November, 2009, we suspect Brian Acton is married to a pretty lady name Nancy.