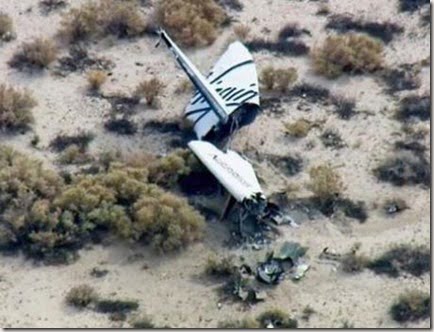 A test flight over the Mojave desert was being conducted, when a “serious anomaly” occurred, the company said. As a result, the California Highway Patrol confirmed that one person was dead and another had suffered “major injuries” in the accident, which happened at 10.51am local time. The survivor was flown to hospital by air ambulance.

The accident takes place in the midst of Virgin Galactic’s plans for commercial space travel; but what else do we know about The plane, SpaceShipTwo? Would you be willing to be on the experimental space flight vehicle?

While you ponder your answer, read below it’s top-ten-facts. 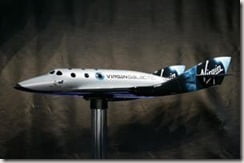 is the second-stage launch vehicle for Virgin Galactic’s space flight program. It is designed to disconnect from the propeller-engined WhiteKnight (WK2) craft and ascend to space under rocket power, then returns to earth. 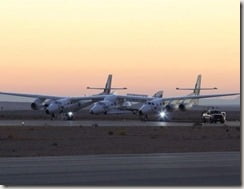 The spaceship was officially presented to the public on 7 December 2009 at the Mojave Air and Space Port in California.

On 29 April 2013, after three-years of unpowered testing, the spacecraft successfully performed its first flight.

The last test of SpaceShipTwo was in January this year, when the spaceship went supersonic, according to CNET.

#4 SpaceShipTwo operates in partnership with the aerospace company Scaled Composites. 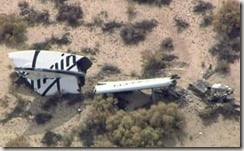 Ken Brown, a photographer who saw the crash, said the space tourism craft exploded after it was released from the carrier plane, the Associated Press reported.

#6 About 800 people waiting to be on SpaceShipTwo

Earlier this month a list of about 800 people including A-listers like Tom Hanks and Angelina Jolie, had paid to book a two-hour journey into space on SpaceShipTwo.

#7 What does a flight into Space would be like?

According to virgingalactic.com, two pilots and 6 passengers can be on board and they could choose between enjoying the view from their seats or, a planned five minutes of “weightlessness.”

According to The Guardian, in 2011, SpaceShip Two experienced a malfunction during re-entry during a test flight, though the pilots were able to correct the problem and land the craft successfully.

Analysts have been skeptical about whether Branson’s plans for commercial space travel can be achieved.

#10 Virgin Galactic, part-owner Richard Branson is on his way to Mojave 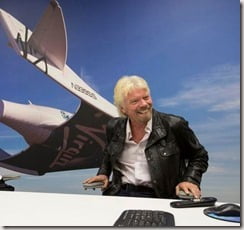 The entrepreneur said its top concern was the status of the pilots onboard SpaceShipTwo. He will arrive on Saturday.

Virgin Galactic said on Twitter, additional information will be released during the ongoing investigation.